Framing Britney Spears documentary on Hulu and #FreeBritney: What to know – CNET 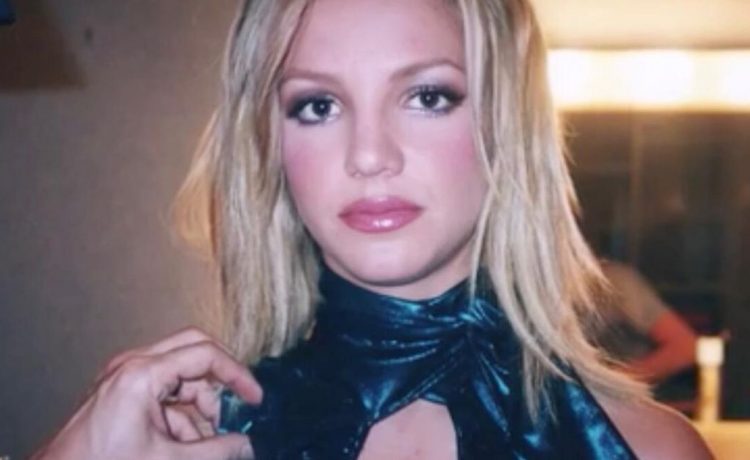 Britney Spears is in the news again, but not for her music. Fans, including celebrities, are speaking out in support of the 1990s pop princess following the release of The New York Times Presents: Framing Britney Spears, currently streaming on Hulu. If you’re wondering why you keep seeing the hashtags #FreeBritney and #wearesorrybritney, read on.

A Spears-focused episode of the documentary series The New York Times Presents came out on Feb. 5. The show, Framing Britney Spears, runs about an hour and 13 minutes, and has “generally favorable” reviews on CNET sister site Metacritic. Chicago Sun-Times critic Richard Roeper calls it “a thought-provoking retrospective on Spears’ life and career, up to and including the conservatorship battle as Spears continues to fight her father in court.”

The filmmakers contacted Spears and her family for interviews, the show’s credits reveal, but none ended up in the film. However, friends, supporters, former employees and reporters all speak on camera about Spears’ life, career and the campaign to end or adjust her conservatorship. Two contributors to the documentary, Babs Gray and Tess Barker, are launching a podcast series that will focus on Spears’ life, including the legal struggle with her father, and the birth of the #FreeBritney movement to release her.

What does #FreeBritney mean?

Back in 2008, a California court put Spears under a conservatorship, meaning her father, Jamie Spears, has complete control over her assets and business affairs.

Spears’ father remains her conservator, and he’s now the sole person in that role, since lawyer Andrew Wallet resigned from a co-conservator role in 2019. Some fans support a movement they dub #FreeBritney, hoping social media pressure will convince the courts to release the now-39-year-old singer from the legal arrangement. The singer herself called the conservatorship “voluntary” in court documents filed on Aug. 31, but also said she is “strongly opposed” to her father continuing as the sole conservator.

In November, Spears’ court-appointed lawyer said she will not perform again as long as her father remains in the conservatorship role, The New York Times reported. “My client has informed me that she is afraid of her father,” the lawyer said.

The next court hearing in the case is scheduled for this week, Feb. 11.

The singer hasn’t directly addressed the matter, but on Feb. 9, she posted to Instagram and Twitter, and many fans believe she was hinting at the situation. Spears posted a video and wrote “can’t believe this performance of Toxic is from three years ago!!! I’ll always love being on stage …. but I am taking the time to learn and be a normal person ….. I love simply enjoying the basics of everyday life.”

And in a follow-up tweet, Spears wrote, “Each person has their story and their take on other people’s stories!!!! We all have so many different bright beautiful lives! Remember, no matter what we think we know about a person’s life it is nothing compared to the actual person living behind the lens.”

Bette Midler, other stars speak out

In addition to Spears’ fans, some famous people have weighed in on the singer’s issues since the documentary came out. Singer Courtney Love was among the many people who tweeted using the hashtag #wearesorrybritney.

Actor Valerie Bertinelli tweeted that Spears’ story “makes me crazy grateful for my parents and how they protected me as a young girl in this insane business.”

Journalist Tamron Hall wrote, “Finally watched the ‘Framing of Britney Spears’ on Hulu. It’s an understatement to call it heartbreaking.”

Actor Heather Matarazzo delivered a heartbreaking message, writing, “The rage and sadness I felt watching #FramingBritneySpears last night traveled with me into my dreams. I woke up wanting to burn everything down and be her friend.”

Older commentary about Spears is also under a microscope. Some people are calling out journalist Diane Sawyer for a 2003 interview with Spears that appears in the documentary, while others are praising talk-show host Craig Ferguson for saying on air that comics shouldn’t joke about Spears’ troubles. Other fans have criticized Spears’ former boyfriend, Justin Timberlake, and others who were involved in some way with the singer, or who once offered commentary on her troubles.

If you’ve somehow managed to get to 2021 without ever hearing of Britney Spears, here’s the briefest of rundowns. Spears was just 11 in 1992 when she was cast on The Mickey Mouse Club. Her debut album, 1999’s …Baby One More Time, sold more than 25 million copies worldwide, and is one of the best-selling albums of all time. She’s won a Grammy Award, six MTV Video Music Awards, seven Billboard Music Awards, and earned a star on the Hollywood Walk of Fame. There’s no question she’s one of the best-selling, best-earning, and most-searched stars of all time.

But her personal life has often outshone her career successes. She wed childhood friend Jason Alexander in 2004 and that marriage was annulled after just 55 hours. She later starred in a reality show, Britney and Kevin: Chaotic, with eventual husband Kevin Federline — whose girlfriend was still pregnant with his child when he started dating Spears. Spears and Federline had two sons of their own, and she later lost custody of both of them, with the couple’s various parental battles always making news.

Her mental health and other struggles became excruciatingly public: In 2007, Spears shaved her head, reportedly saying she was “tired of people touching me.” But public sympathy often seemed to favor Spears, who came off as a troubled young woman who found fame and fortune too early and was understandably unable to cope with it.

How to watch the documentary

The New York Times Presents Framing Britney Spears is now available on FX and FX on Hulu. You can watch it on streaming service Hulu, on the FX cable channel, or on FX’s website as long as you pay for a cable subscription that includes FX, or subscribe to a streaming bundle that includes the channel.

The official FX YouTube channel has also been exceptionally free with clips from the show, if you don’t mind getting highlights in two-minute video blocks.