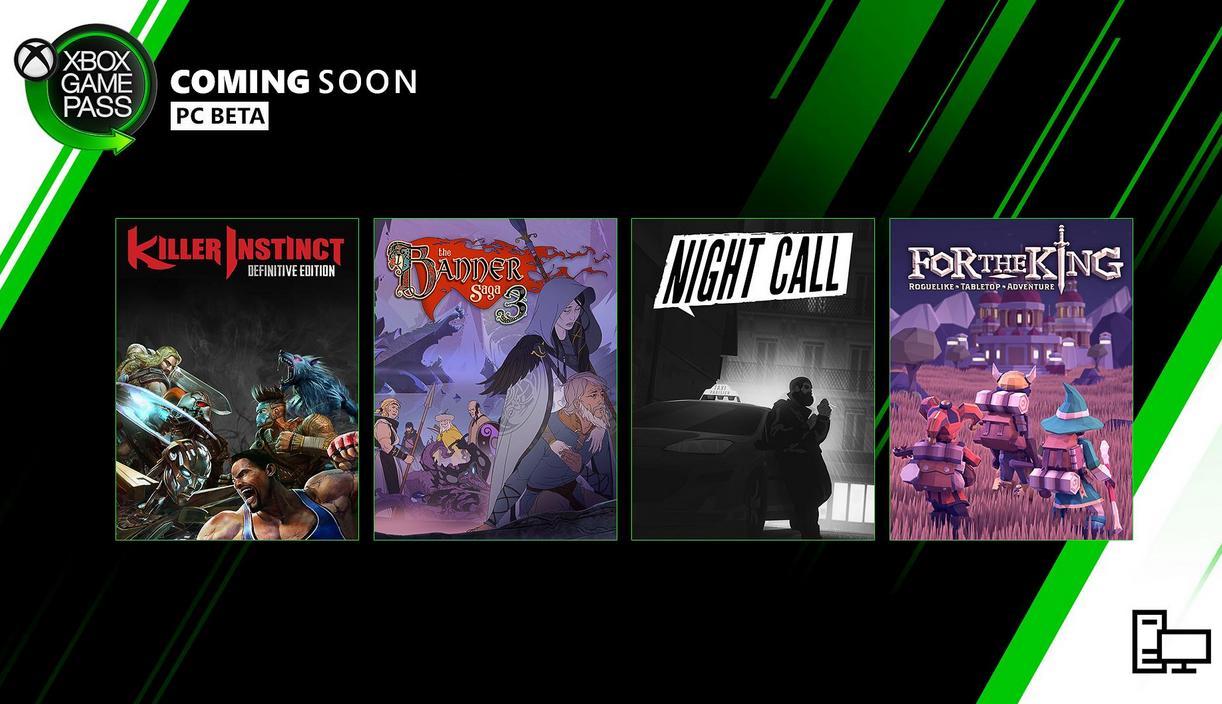 In this month, Microsoft has included a total of four new video game titles for PC gamers using Xbox Games Pass. The video game titles include Night Call, The Banner Saga 3, Killer Instinct, and lastly, For the King. They don’t all release on the same date either, in fact, two of these games can be enjoyed right now, but there will be a small wait for the rest.

We’re sure that August will include more video game titles on Xbox Games Pass if you don’t care for the additions made this month. Xbox Games Pass for the PC platform will run you just $5 per month which would grant you access to a ton of great video game titles to enjoy along with new releases such as Halo: The Master Chief Collection and Gears 5. If you would like to learn more about Xbox Game Pass for the PC platform and sign up, simply follow this link right here.