Distraught dog owners have been left baffled and heartbroken after their beloved pets dropped dead just hours after being poisoned by toxic algae.

The infection has spread across the UK’s lakes and ponds this summer and claimed the lives of four dogs in Sussex, Cheshire, Edinburgh and Northern Ireland.

Dogs went swimming in the infected water while out for a walk and died just hours later. 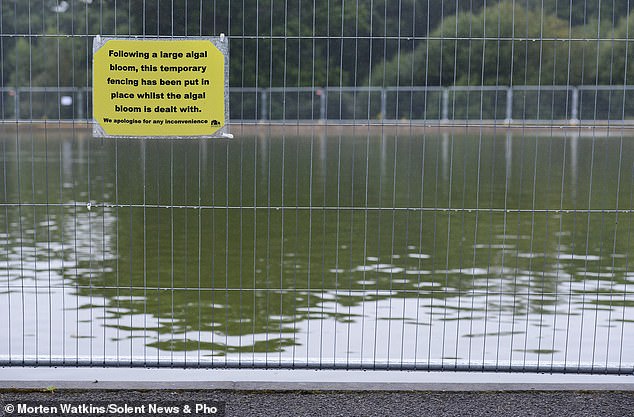 The infection has spread across the UK’s lakes and ponds this summer and claimed the lives of four dogs in Sussex, Cheshire, Edinburgh and Northern Ireland after causing significant algal blooms (pictured)

WHAT IS THE BLUE-GREEN ALGAE?

These toxins stop a dog’s liver from functioning properly and exposure is often fatal.

Dogs that survive after drinking or swimming in algae-contaminated water can also cause long term health problems.

Some types of blue-green algae can kill a dog just 15 minutes to an hour after drinking contaminated water.

A dog owner in Sheffield and another in Cornwall also reported their animals fell ill after heading into algae-contaminated water.

READ  How you raise your children is less important than you think, geneticist claims

The algae has also killed a mother swan and a cygnet which became unwell on Southampton Common, Hants, and the park pond they were found dying in was later fenced off.

The turquoise algae contains cyanobacteria, which release toxins causing liver damage to humans and animals who swim in it or ingest it.

This can lead to severe breathing problems, fits, brain damage, and other fatal conditions within minutes.

While most blue-green algae do not contain cyanobacteria, it is impossible to detect the poisonous algae visually. 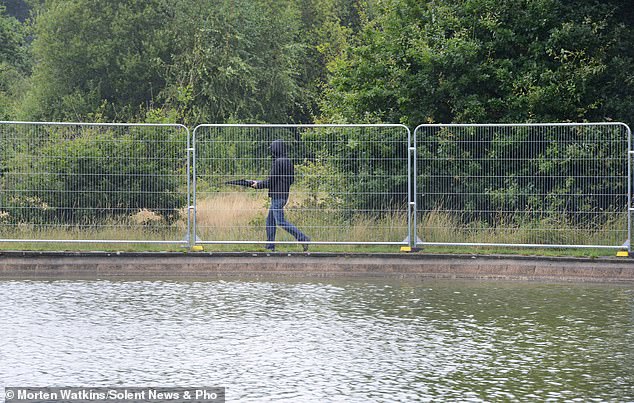 Dogs went swimming in the infected water while out for a walk and died just hours later. News of the UK dog deaths comes just days after three dogs suffer seizures and died from the same condition. Fences have now been put up to prevent swimming (pictured)

The British Veterinary Association said the rise in toxic algae was triggered by rising temperatures over the summer.

BVA’s Junior Vice President Daniella Dos Santos said: ‘While not all blue green algae are poisonous, it is impossible to tell the difference visually, so it is better to be safe than sorry.

‘There is currently no known antidote for the toxins, so prompt veterinary treatment is essential to tackle their effects and ensure a good chance of recovery.

‘If you suspect your dog has been exposed to blue green algae, rush it to your local vet without delay.’

The presence of the deadly algae has been confirmed in water bodies in Southampton and Fleet in Hampshire, Edinburgh and Elgin in Scotland, Lurgan in Northern Ireland, Cornwall, Leicestershire, Derbyshire, and Lincolnshire this summer.

The women didn’t know that the water was filled with the lethal algae-resembling bacteria commonly known as blue green algae.