Fortnite: How To Get Battle Breakers Razor Skin

Epic Games who are best known for the gaming revolution of Fortnite, have quietly released a brand new RPG game called Battle Breakers.

After being in development for quite some time now, they have finally released the game and much like its counterpart Fortnite, it is free to play.

There is a new and unique skin that has become unlockable in Fortnite‘s other mode; Save The World. With rumours of it coming to Battle Royal also, we’ll take you through how to unlock Razor!

NOW WATCH BELOW: Keep up to date with all the latest Fortnite news!

Save The World X Battle Breakers

Epic Games has shown side favouritism towards its PVE game mode Save The World since the release of Chapter 2.

The only confirmed way to obtain the exclusive Razor skin in Fortnite right now, is you have to play Save The World or at least own it to unlock this skin.

The tricky part is that you actually have to LVL up to LVL 20 on Battle Breakers and you will automatically unlock Razor in Save The World.

One of the ways you can easily get to LVL 20 in Battle Breakers is simply by playing the game, you will encounter lots of bosses and mobs to gather experience points to LVL up in no time.

It is unknown at the time if Razor will be coming to the Battle Royal item shop as well, but we can assume she will as to why would Epic miss out on a sales opportunity! 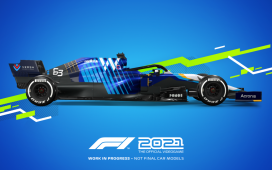