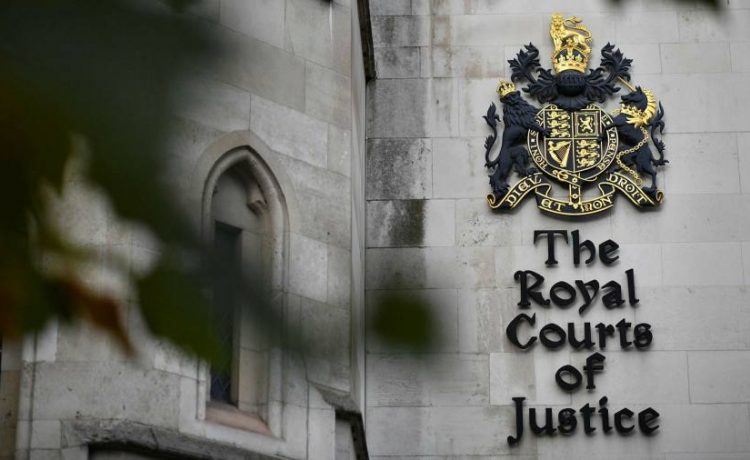 Two former top judges have expressed fears that ministers are trying to rein in the ability of the courts to overturn government decisions, as a panel prepares to report to ministers on the issue next month.

Lawyers have also warned that curbing judicial review — the process in England and Wales that allows the lawfulness of government decisions to be challenged by the public in the High Court in London — could undermine democracy and reduce access to justice for the vulnerable.

The government in July commissioned a panel, chaired by former minister Edward Faulks, to examine the case for reform of judicial review.

Many Conservative MPs have been critical of judicial review after the government lost several high profile cases, notably one that culminated in a Supreme Court ruling last year that prime minister Boris Johnson had acted unlawfully by suspending parliament.

The Conservative party’s 2019 election manifesto promised to ensure that judicial review is “not abused to conduct politics by another means or to create needless delays”.

But John Dyson, a former Supreme Court justice, told the Financial Times that judicial review “for the most part works very smoothly and there is not a problem”.

He noted that previous government reforms had already cut the number of judicial reviews brought in the High Court.

“The reforms at the time met a lot of resistance in the profession but the government pushed them through and they had a significant effect,” said Lord Dyson.

“So I do find myself asking the question ‘Why is the government doing this?’ and the only answer I can come up with is that they are looking to rein in and weaken judicial review,” he added.

Jonathan Sumption, another former Supreme Court justice, also said there was no doubt ministers were looking to rein in judicial review, but added there was some scope for reform, although he thought the government did not understand the problem.

He said there was a difference between a case where the government lacks the authority to do something, and one where the state has that power but is alleged to have misused it by acting disproportionately.

“The first is always a proper matter for the courts,” said Lord Sumption. “The second is usually not.”

Amanda Pinto, head of the Bar Council, which represents barristers, said she did not see why the Faulks panel was necessary, given judicial review enabled oversight of the state.

“It is vital to have a way of reversing decisions by government departments that have been wrongly made,” she added.

Maurice Sunkin, professor of public law and socio legal studies at Essex university, said the Supreme Court’s ruling on parliament’s prorogation — in a legal challenge brought by businesswoman Gina Miller — was deemed as too big to ignore by ministers.

“Miller was the big case but there have been a series of other cases which have upset the government,” he added.

But lawyers said big constitutional cases like the one about parliament’s suspension were not representative of most “bread and butter” judicial reviews, which involve individuals challenging the power of the state.

“There are two kinds of judicial review cases — the big Miller case which has wide ranging impact and cases which are about individuals,” said Polly Glynn, partner at law firm Deighton Pierce Glynn, which specialises in judicial review.

She runs a project that helps charities acting for destitute people write legal letters to the government giving notice of a judicial review.

The number of judicial reviews has fallen sharply in the past seven years. There were 3,384 cases lodged in the High Court in 2019, down from a high of 15,592 in 2013. Cases have plummeted since 2014, when most appeals in immigration cases were moved to the upper tribunal.

The government has several options after it receives Lord Faulks’ report. It could codify judicial review and set out very precise, narrow grounds for bringing a legal challenge. Or it could opt for something far less radical, such as tweaking the costs of launching a case.

It could also decide to examine judicial review further as part of a constitution, democracy and rights commission that was promised in last year’s Tory party manifesto, but has yet to be established.

Concerns have been raised about the short, five month timeframe given to the Faulks panel for its report. 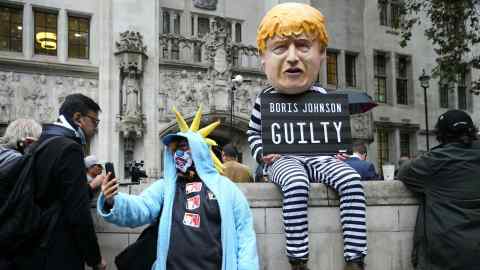 “We are against coming to any snap decisions after a review which has been very short in its timeframe and is on a very serious subject,” said David Greene, president of the Law Society.

Some believe that the government will decide to consult further before embarking on any reform of judicial review.

Charles Brasted, partner at law firm Hogan Lovells, said: “I think it’s the first stage in gathering evidence given how politically sensitive it is . . . I suspect more consultations will be necessary.”

In a letter last month to the Public Law Project, a campaign group, Lord Faulks said it was a matter for the government to decide how and when his review is published.

The Ministry of Justice declined to comment, referring to a July statement by Mr Buckland in which he said: “This review will ensure this precious check on government power is maintained, while making sure the process is not abused or used to conduct politics by another means.”

Video: Opinion: how the government wants to limit judicial review