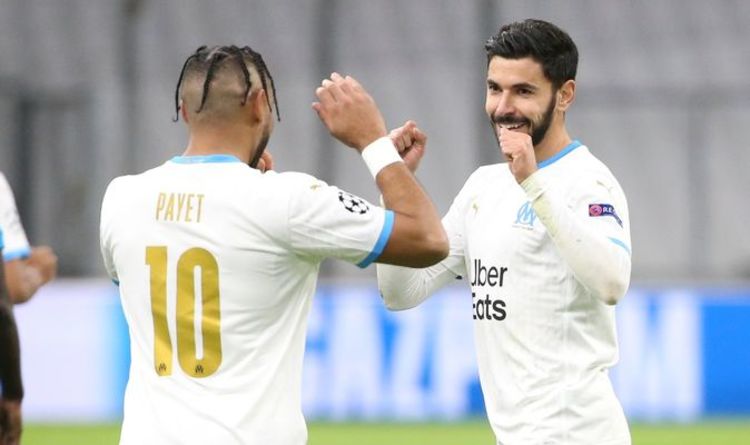 Marseille midfielder Morgan Sanson could be on his way to the Premier League before the end of the month, according to reports. The 26-year-old was heavily linked with north London duo Arsenal and Tottenham last year, but ultimately remained in France and has continued to feature for the Ligue 1 outfit this season.

Sanson turned out regularly for Marseille during the first half of the campaign but has missed a large chunk of recent matches after suffering a muscular injury in December.

The midfielder made his return against Nimes on Saturday, playing 65 minutes.

Claims regarding Arsenal’s interest in Sanson originally surfaced at the end of 2019 when it was reported that the Gunners were among a host of English clubs chasing his signature.

Spurs were also said to be keen, along with the likes of West Ham United, Wolves and Newcastle United, but no club managed to land the versatile midfielder.

However, it seems as if the Frenchman could finally be on the cusp of a Premier League move.

Le 10 Sport has claimed that an unnamed club in England’s top flight are nearing the completion of a deal to sign Sanson this month.

The report comes after it was revealed by Sky Sports that three clubs had emerged as strong contenders in the race to land the 26-year-old.

Marseille are said to be hoping for a fee of around £25million in order to part ways with Sanson.

The club’s sporting director Pablo Longoria remained coy when questioned on the possibility of the midfielder’s departure.

READ  Diego Maradona quotes: The most famous quotes by Maradona before his death

“It’s a rumour that comes up often,” Longoria told the Daily Mail. “It’s normal because Morgan is a very good player. But we have to wait until there’s something more concrete.

“For now, they are only rumours and I don’t want to get into this game.”

Sanson joined Marseille from Ligue 1 rivals Montpellier during the 2016/17 campaign and has since played 156 times for the club.

He has established himself as an important member of the side under one-time Chelsea boss Andre Villas-Boas, helping Les Olympiens to an impressive second-placed finish in France’s top flight last season.

Marseille have struggled to replicate their form this time around with the club 6th in the league table, eight points adrift of leaders Lyon.

They also finished bottom of Group C in the UEFA Champions League after winning just one of their six matches.