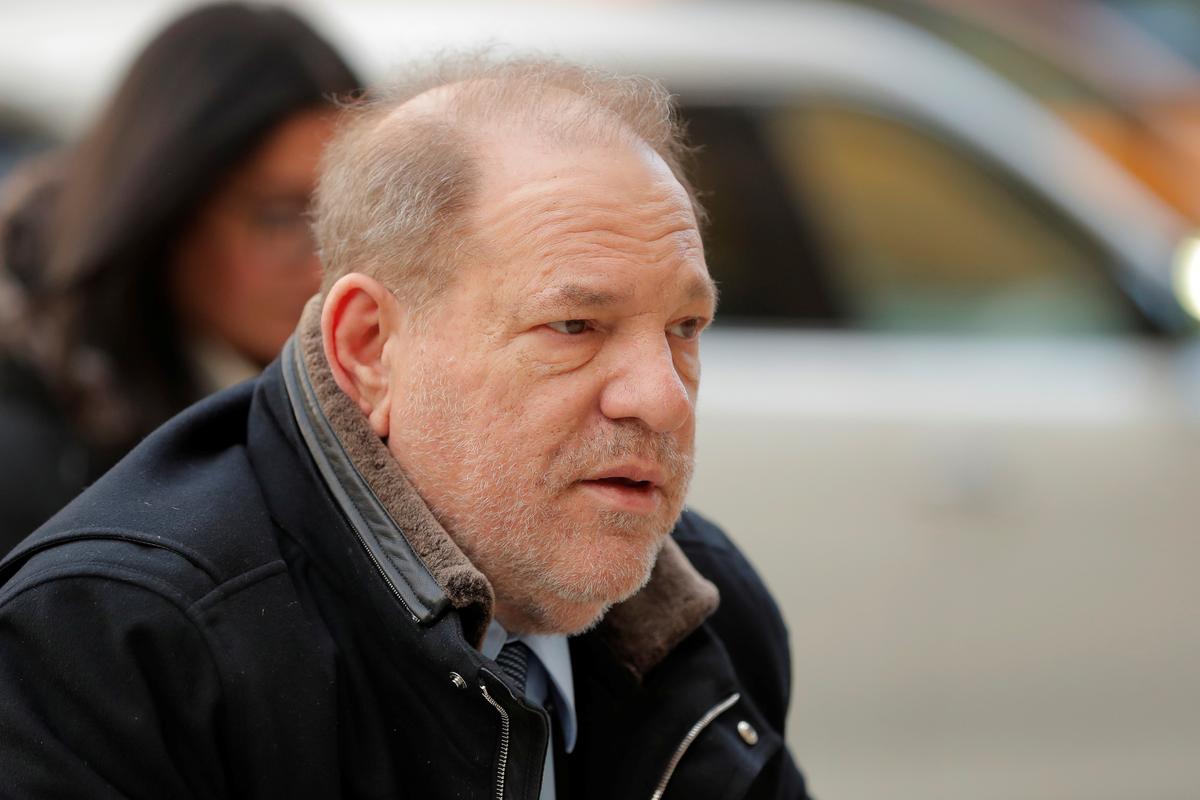 NEW YORK (Reuters) – A costume designer and former actress told jurors in Harvey Weinstein’s rape trial on Wednesday that the former producer groped her under her skirt and later propositioned her for sex in exchange for movie contracts.

The woman, Dawn Dunning, is not among the women Weinstein is charged with assaulting. She is one of three women who prosecutors are calling to bolster their case against Weinstein by trying to provide evidence of his motives or methods.

Weinstein, 67, has pleaded not guilty to sexually assaulting Mimi Haleyi and Jessica Mann. Since 2017, more than 80 women, including many famous actresses, have accused Weinstein of sexual misconduct.

The accusations fueled the #MeToo movement, in which women have accused powerful men in business, entertainment, media and politics of sexual misconduct. Weinstein’s trial is widely seen as an important milestone in the movement.

Weinstein, who produced “The English Patient” and “Shakespeare in Love,” has denied the allegations and said any sexual encounters were consensual.

Dunning said Wednesday that in the spring of 2004, Weinstein invited her to a hotel in SoHo where a film was being staged. When she arrived, she said, Weinstein led her into a bedroom and, without warning, put her hand up her skirt and on her vagina.

“It was a few seconds, but I just kind of froze for a minute and then stood up,” she said. “He told me not to make a big deal about it. He apologized, said it wouldn’t happen again.”

A few weeks later, Dunning testified, Weinstein’s assistant invited her to another meeting in a hotel to discuss acting opportunities.

When she arrived, she said, Weinstein greeted her in a bathrobe, and told her he would sign her for his next three movies if she had three-way sex with him and his assistant.

Dunning said she laughed, thinking it was a joke, but Weinstein became angry and screamed at her, “You’ll never make it in this business. This is how this industry works,” adding that other actresses, including Salma Hayek and Charlize Theron, had helped their careers in the same way.

Dunning said she ran out of the room, down the hall and to the elevator as Weinstein continued to scream behind her.

Jurors in the trial have already heard from Haleyi, who worked as a production assistant on the television show “Project Runway.” She testified on Monday that Weinstein invited her to his Manhattan home in July 2006 and attacked her, backing her into a bedroom and forcing oral sex on her.

They have also heard from actress Annabella Sciorra, known for her role on HBO’s “The Sopranos,” who testified last week that Weinstein forced his way into her Manhattan apartment one winter night in 1993 or 1994 and violently raped her.

Weinstein’s lawyers have sought to undermine the women’s allegations through cross-examination, emphasizing that Sciorra did not report her alleged rape to authorities and that Haleyi remained in contact with Weinstein after her alleged assault, at times asking him for jobs.

Mann, a former aspiring actress, has not yet testified. Prosecutors have said Weinstein raped her in 2013.