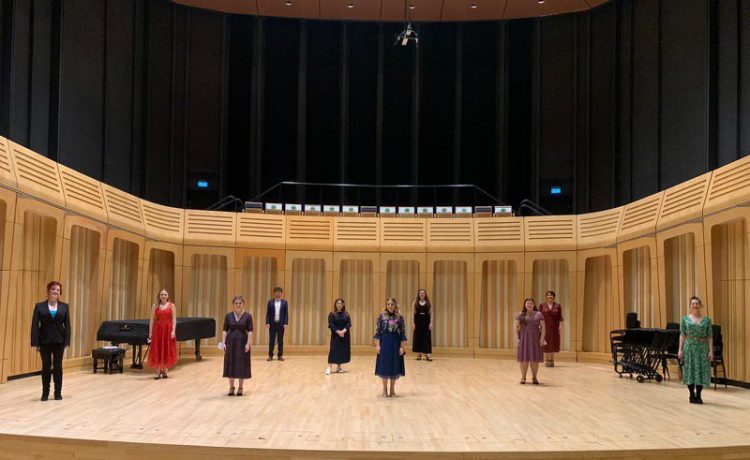 The big organisations are swift to talk change but slow to act, and it’s left to smaller organisations such as SWAP’ra – a charity focused on women and parents in music – to drive progress. Its digital Forgotten Voices Festival (running until Saturday) is an ingenious response both to pandemic restrictions and the practical problems barring women from the concert hall.

Working with music colleges across the UK, the festival is not only championing performances of little-known music, but also ensuring that the next generation of performers have access and exposure to female composers – shaping the recitals of the future from the ground up.

The launch concert at the Royal Welsh College of Music and Drama gave us a taste of what is to come. Eight students presented songs by four female composers – each a whole story in her own right. We heard an unsettling setting of “Fear no more the heat o’ the sun” by Grace Williams – death offering no rest or certainty in this churning, uneasy song by the first British woman ever to score a feature film (1949’s Blue Scar).

There was sunnier music from Morfydd Owen – the talented Welsh composer, part of DH Lawrence and Ezra Pound’s Hampstead intellectual set, who died aged just 26. There’s an Edwardian, Ivor Novello-like swell and surge to her her-on-sleeve writing – one foot in folk music, the other in the West End, as we heard in the lovely Flower Songs and the lyrical bombast of Sunshine Town.

Living composers Elaine Hugh-Jones and Claire Lidell brought us up to date with musical storytelling rooted in place and sensation – Orkney landscapes from Scottish Lidell, and night scenes of stars and a trickling nightingale in Hugh-Jones’ rhapsodic, freewheeling music.

The young performers (all sympathetically accompanied by pianist Nicola Rose) all made their case in expressive, heartfelt performances. Now we wait for the musical ripples to become a swell and, perhaps eventually, a tide.

READ  BTS tour 2020: everything we know about the Twickenham Stadium UK show, and world tour dates
Share on FacebookShare on TwitterShare on PinterestShare on Reddit
newsgrooveMarch 9, 2021