James Bond may not be a woman anytime soon, but that hasn’t stopped Blake Lively from taking the Bond vibe and channeling it for her upcoming film.

The Rhythm Section looks like a Bond film in everything but name, as Lively takes on the role of Stephanie Patrick. Patrick is working to uncover the truth behind a plane crash that ended up claiming the lives of her family. She’s poised to do anything and everything to exact revenge on those responsible for the crash, even if that means taking on new identities.

The latest trailer shows off the charismatic Patrick as she’s photographed in several different wigs: a cropped brown ‘do, lengthy retro pin-up waves, and a shaggy blonde look. It’s all in the name of tracking down her target, and she’s going to get them, one way or another. Something tells us when she finds her target, things aren’t going to be so great for them.

The film, based on Mark Burnell’s novel, looks like a much darker and even more intense affair than a Bond film, bereft of the stylized presentation and more akin to a raw adventure movie than anything else.

But what is present is an austere hope in Lively that she sharpens while training for getting her revenge. It isn’t clear just yet how the different personas she uses during her hunt will come into play when it comes to exacting her revenge, but we can’t wait to see what happens. Luckily, there isn’t much longer to wait if you aren’t planning on reading the novel that inspired it all.

The Rhythm Section is headed to theaters on January 31. That should give you plenty of time still to work out in your mind how far you’d go for revenge. If it includes wearing a lustrous wig like that red one, sign me up, personally.

Beatles feud: Was there rivalry between Rolling Stones and Beatles? Insider opens up

'ARE YOU READY?': AC/DC announces reunion 40 years after 'Back in Black,' reveals lineup

Jónsi Teams Up With Robyn for New Ode to Scandinavian Pain, ‘Salt Licorice’

Will Luis Really Be There For Stella Post-STI Diagnosis On Teen Mom 2?

Pink Floyd members: Who were the first members of Pink Floyd? Inside band departures 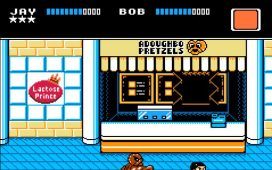 Freebie alert: Amazon is giving away 5 video games (worth $90) to all Prime members – Yahoo Entertainment