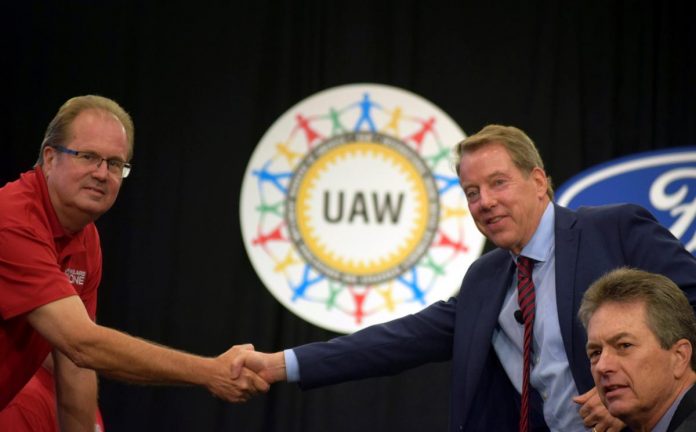 DETROIT (Reuters) – Ford Motor (F.N) and the United Auto Workers union on Wednesday announced a tentative agreement for a new labor deal, allowing the No. 2 U.S. automaker to avoid a strike like the one that cost its larger rival General Motors (GM.N) about $3 billion.

The union turned to Ford to negotiate a new four-year agreement after ratifying a contract last week with GM following a 40-day U.S. strike that shut down almost all of GM’s North American operations.

Detailed terms of the deal were not released, but they are expected to echo those agreed to with GM, as the union typically uses the first deal as a pattern for those that follow.

“The pattern bargaining strategy has been a very effective approach for UAW and its members to secure economic gains around salary, benefits and secured over $6 billion in major product investments in American facilities, creating and retaining over 8,500 jobs for our communities,” UAW Vice President Rory Gamble, head of the union’s Ford department, said in a statement.

Ford confirmed the deal in a statement, but declined further comment.

UAW leaders from the various U.S. plants will meet on Friday to approve the deal, which will then be sent to the 55,000 members at Ford for final approval, a union spokesman said.

Ratification is not a sure thing, as union members at Fiat Chrysler Automobiles NV (FCHA.MI) in 2015 rejected the first version of a contract.

Ford and the UAW began talks on Monday covering larger issues such as pay raises, the use of temporary workers and healthcare insurance coverage, but the union previously said the sides had made “significant progress” addressing smaller issues.

Ford historically has had an easier relationship with the union than its Detroit rivals. Ford Executive Chairman Bill Ford has described the UAW as “family” in the past and in September 2018 hailed the Dearborn, Michigan, company’s relationship with its hourly workers.

Under the deal with GM, that automaker agreed to invest $9 billion in the United States, including $7.7 billion directly in its plants, with the rest going to joint ventures. It also said it would create or retain 9,000 UAW jobs. The GM contract also will provide $11,000 signing bonuses to members, and pay raises.

Under its deal, GM also will close three plants, but it left the UAW members’ healthcare insurance coverage unchanged.

Once the Ford deal is ratified, the UAW will turn to Fiat Chrysler to complete its quadrennial talks with the Detroit automakers.

Reporting by Ben Klayman in Detroit, additional reporting by David Shepardson in Washington; Editing by Matthew Lewis and Kenneth Maxwell 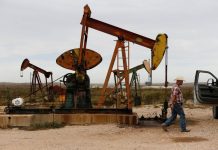 How business reacted to backing for self-employed

Coronavirus: What help will self-employed get from government? 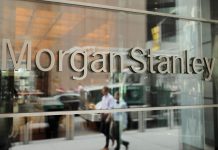