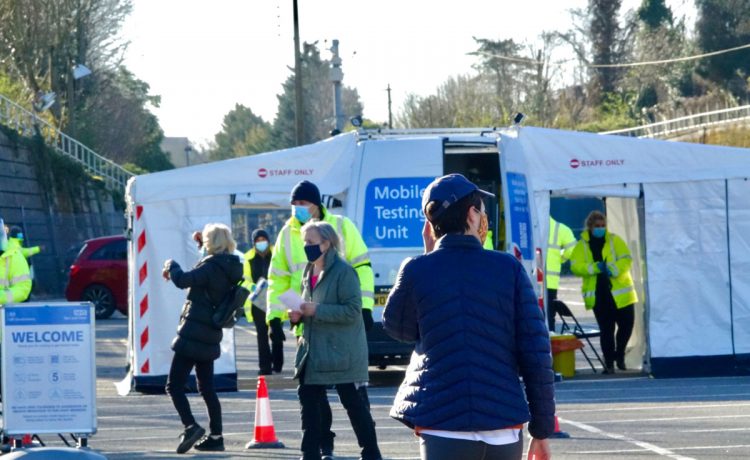 FANS won’t need a vaccine passport to get into the FA Cup Semi Final and Final – but will need a negative test to get in, the Government said today.

Officials revealed more details of the several pilot events which will see fans getting back into stadiums and other events in the coming months.

Vaccine passports won’t be trialled at any of the events, despite speculation they could be used.

Government documents today said: “There will be no requirement for participants to show proof of vaccine.

“Participants in the ERP pilots published to date will have to provide a basic covid certification that they have tested negative for Covid-19.”

Anyone who can’t provide proof of a negative test won’t be allowed in to the final on May 15, or the semi-final either.

It will need to be a lateral flow one, and doesn’t have to be a more accurate PCR test.

But they will also need to have the PCR test taken before and after the event to monitor transmission.

The pilots will form a part of a Government review to look at how to get people back into other huge mass-participation events in the months to come.

They will also trial making some people not wear face masks at some of the trial events, they said today.

The people who will take part will need to give their full contact details over to those running the pilots.

Most people allowed to go are expected to be local, but fans can travel across the country in line with Government guidance.

As with current guidelines, only six people can currently attend as part of one group.

The Government are looking at whether to use vaccine passports to allow access into pubs, restaurants or other domestic services.

Plans suggest the Government is on course to introduce Covid certificates – which will also include negative tests too – in time for the end of lockdown on June 21.

But they won’t be in place for May 17, when pubs and restaurants will be allowed to welcome customers back indoors for the first time.

Under the plan landlords may be forced to demand proof of vaccination from punters if they want to drop crippling social distancing rules.

The controversial blueprint to reopen the whole economy is being backed by Boris Johnson, but has sparked a rebellion amongst Tory MPs.

But the PM has repeatedly vowed that a three-pronged approach of either a vaccine or a negative test or proof of antibodies will be able to be used – not just a jab.

MERK YOUR MIND UP!

The PM has confirmed that proof of a vaccine will be needed for international travel when it’s legal again – expected for after May 17.

The EU is set to agree to a Covid passport scheme that will allow jabbed Brits and those with antibodies to travel.