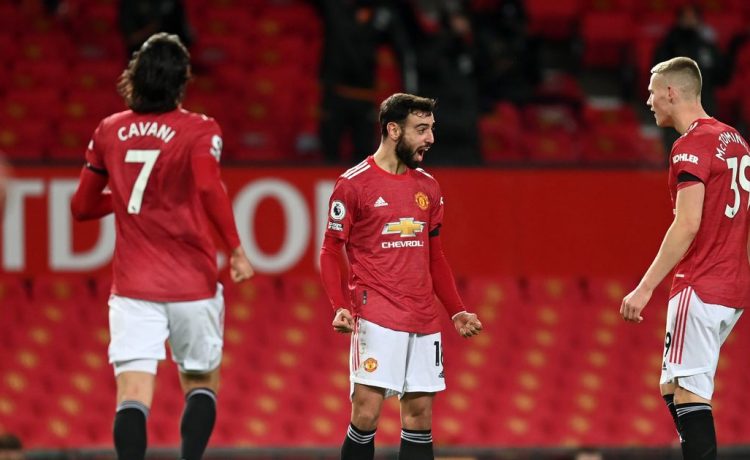 Manchester United have signed a new record sponsorship deal with TeamViewer worth £235m.

The five-year deal with the German global technology company is a Premier League record.

United will scoop £47m-a-year as they part company with Chevrolet, who have been their sponsor since 2012.

The Red Devils are also on the look out for a new training ground and kit sponsor with AON’s deal at Carrington set to expire.

Their deal with TeamViewer is the second most expensive in world football following Fly Emirates’ agreement with Real Madrid.

The global appeal of the Premier League stands English clubs, and United in particular, in good stead when it comes to seeking sponsors.

We take a look at the most expensive deals annually in world football, according to the Sun.

They also have a global appeal that has been been helped by their Galactico project which has seen them sign the likes of Cristiano Ronaldo.

Los Blancos’ success on Europe’s biggest stage, the Champions League, has no doubt furthered their profile.

As a result they benefit from a huge cash injection from the UAE-based airline.

The new deal will put United in second place, although they are someway off Madrid’s figure.

TeamViewer will look to expand their brand and the Red Devils can assist with that.

Old Trafford chiefs are looking to potentially add big names this summer, with Jadon Sancho among those linked with a move.

United are also well placed, which hasn’t always been the case recently, as they look to push on under Ole Gunnar Solskjaer.

A four-year deal was signed in 2017, but has since been extended.

The Catalans receive generous bonuses for winning La Liga and the Champions League.

Negotiations began in 2015 at a dinner in San Francisco organised by defender Gerard Pique, who is a friend of Hiroshi Mikitani, the chairman and chief executive of Rakuten.

The French hospitality company parts with over £40m-a-year to support the country’s biggest club.

PSG’s rise, both commercially and on the pitch, over the past ten years has been phenomenal.

The arrival of their Qatari owners has transformed the Parisians into a global force with the world-record capture of Neymar a sign of their financial strength.

There was friction between the club and its sponsor recently though as they threatened to with hold payments while the French season was postponed last year.

The telecommunication giants recently signed to be Chelsea’s shirt sponsor.

The Blues, like many of their rivals, have a global appeal that has been helped by the arrival of Roman Abramovich back in 2003.

Silverware and world stars have become a regularity at Stamford Bridge and they finally won the Champions League in 2012.

Their London location no doubt helps their cause financially and they have previously had telecommunication sponsors in the form of Samsung.

The Premier League champions elect have long been sponsored by the Airline.

They struck a deal back in 2011 which also included the acquisition of stadium naming rights.

Premier League rivals questioned the deal, claiming it was way above the market value.

City being owned by Abu Dhabi-owners meant there was a fair deal of scepticism given that Etihad are the UAE’s second flag carrier after Emirates in the aviation world.

The deal though is set to continue for some time yet.

But T-Mobile have long had a partnership with the Bavarians which dates back to 2002.

It is Allianz though who secured the naming rights to their stadium which was built in the mid 2000s.

The Reds have enjoyed a partnership with the financial services company since 2010.

Liverpool don’t receive the sort of sums that some of their domestic rivals enjoy.

Nevertheless they are well paid and their sponsor will have enjoyed their recent success.

Jurgen Klopp’s side were world and European champions recently, although they may be set to rebuild after a difficult year.