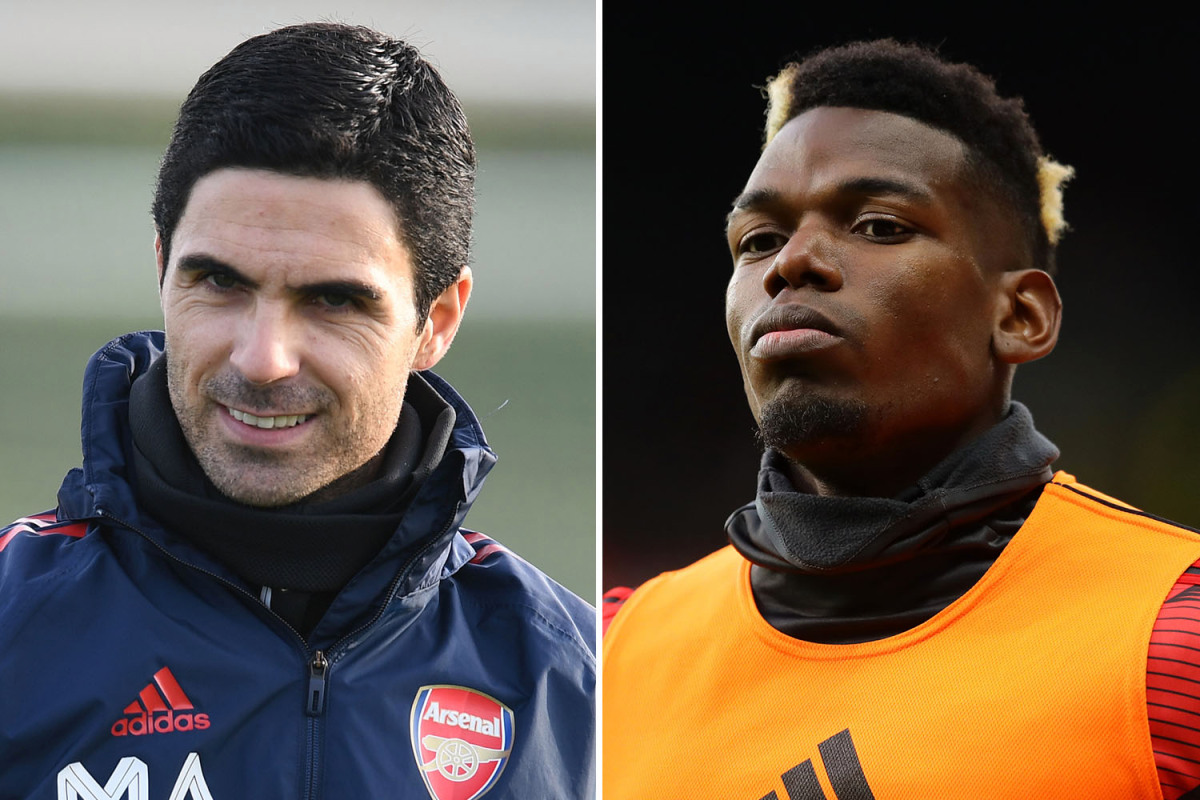 As ever, the Christmas schedule is packed full of quality top-flight action – and we’ve got betting selections from three of the biggest clashes including Arsenal, Liverpool and Man Utd.

ARSENAL fans have got their Christmas wish.

Unai Emery has been banished to a beach somewhere and it’s former player and all-round nice guy Mikel Arteta to drag the Gunners out of their 16-year Premier League slump.

He’s got a heck of a job on his hands.

Arsenal need a complete rebuild and it showed in the disjointed 0-0 draw with Everton, where they drew a blank for the second game running.

And the attack is meant to be the area which isn’t broken.

They head to a Bournemouth side who are just about keeping their heads above water this term, but have lost six of their last seven top-flight games.

The one anomaly in that dismal run was a 1-0 victory at Stamford Bridge – football, eh?

Arsenal don’t have a particularly brilliant record on this ground, winning two of their four visits here since Bournemouth’s promotion in 2015.

Throughout their meetings though, there’s always goals aplenty.

Six of the last seven H2H’s between these sides have featured three or more – and we’re predicting goals in Arteta’s Christmas stocking.

Whether or not they go to the away side though is another matter.

Stay away from placing your hard-earned pocket money on an Arsenal win – it’s difficult to see how you can back this side with any confidence after their horror show of a season.

Both teams to score is stingy at 1/2, but we like over 2.5 goals at 8/15 which has been a constant winner in this fixture.

Arsenal have won just two games away from home all season but will be hoping that the new manager bounce nets them some luck in this one.

But they’re odds-on to win, which is absolutely crazy.

Take the double chance on Bournemouth getting a result or a draw, which is a much safer 3/4.

Harry Wilson is an exciting talent and continues to impress against the Big Six – he’s three goals this season against Man City and Spurs.

With the Liverpool loanee on freekicks and expected to shoot on sight, back him to score anytime at a reasonable 7/4.

Bournemouth to win or match to be a draw: 3/4

Harry Wilson to score at anytime: 7/4

IS it the beginning of the end for Ole?

Within moments of the horrendous 2-0 defeat to Watford on Sunday, ‘OleOut’ was trending on social media.

Twitter isn’t always right – just asked Jeremy Corbyn – but it does feel like United fans are starting to lose patience with their legendary striker.

Paul Pogba was the only bright spark in an otherwise horrible performance, with David De Gea once again literally chucking away points.

His error gifted the momentum to the Hornets, before Aaron Wan-Bissaka had a brain freeze and gave away the most blatant penalty of the campaign.

United will host a Newcastle side who are flying under the tutelage of Steve Bruce.

After a slow start – and with fans still protesting against owner Mike Ashley – the Toon find themselves in the top half after victory over Crystal Palace.

Miguel Almiron was the match-winner and there is a feeling that things are starting to come together on Tyneside.

This is a free hit for the visitors, who arrive level on points with the hosts. Yep.

Newcastle have won just three games on the road this season, but two of those victories have come in their last five.

History most definitely isn’t on their side though.

Since 1998, they’ve won just ONCE here – a 2013 triumph when Yohan Cabaye’s strike was enough to separate the sides.

Solskjaer looked fuming following the Watford debacle, which isn’t a good look for a man who always seems to be smiling.

We expect a reaction from a United side who – before that defeat – were in rejuvenated form.

He’ll have them in training over the Christmas period and with Pogba back, will likely justify odds of 1/3.

Do you back that, though? Nope, not at that price.

Instead go for United to win but concede – that’s a whopping 21/10, a proper Christmas cracker.

Newcastle have scored at Anfield this season and as mentioned, will see this as a free hit – they of course beat United earlier on in the season and De Gea could always throw them a Christmas freebie.

If you fancy an outsider for Boxing Day, then the market on United to come from behind to win is a juicy 8/1.

When looking for a goalscorer, we liked the line that Ole could build a team around Pogba who reiterates that he wants to stay at the club long-term.

Even if you don’t believe him, 2/1 on a Pogba goal at any time on his Old Trafford return isn’t a bad shout.

United to come from behind to win: 8/1

IS this the day the title race comes alive?

Let’s face it, probably not. But Leicester fans can still dream.

After Man City’s win over the Foxes last week, it looks like plain sailing for Jurgen Klopp and his newly-crowned world champions.

The King Power is a difficult place to come at the best of times, but it will hold no fear for a Reds side who have dropped points just once this season.

This one feels like a must not lose – but even if they do, it’s hard to see how the title doesn’t end up on Merseyside for the first time since 1990.

He’s taken a look at what he’s got at his disposal, put round pegs in round holes and played to their strengths.

Under the lights at the King Power, the day after Christmas with the crowd well oiled, it really does feel like the setting for a potential upset.

Are Liverpool really going to go through this entire Premier League season unbeaten?

It would be some feat and we know that plenty of you will be tempted by the evens on Klopp‘s side to win again on the road. We won’t put you off.

But there is the worry that they have a lingering hangover.

Not from too much mulled wine the day before, but because of their excursion to Qatar for last week’s Club World Cup.

If Pep Gaurdiola is moaning about fixture congestion, then the side down the M62 have every right to join in. Extra-time didn’t help either.

Liverpool have lost three of their last five visits to this ground – but have won on their last two.

We told you to back double chance for Leicester at Man City last week at a big price.

And we really fancy that again here, despite the champions eventually proving too strong – with the draw here massively overpriced at 13/5.

Liverpool are the over three goals kings in the division, with 14 of their 17 matches seeing the over 2.5 goals bet come in.

We can see that winning again but would rather take the 8/15 on both teams finding the net, as Leicester haven’t drawn a blank at home since the opening day.

Jamie Vardy continues to be prolific – and a money-making machine as a result.

He was a huge price to score at anytime against Man City, obliging for readers of this column.

You can get 5/4 on the former England man bagging anytime, or a whopping 7/2 on him opening the scoring. Get on.

Leicester and Liverpool to draw: 13/5

Jamie Vardy to open the scoring: 7/2

*Odds correct at time of publication