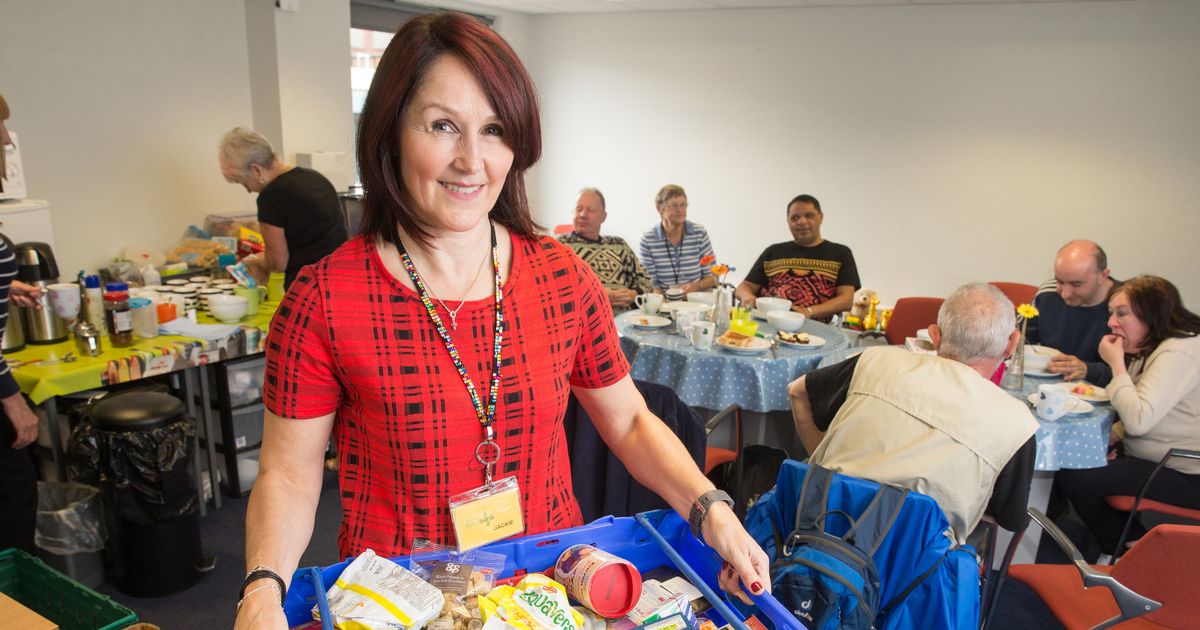 Guy Opperman, now standing for re-election as MP for Hexham, Northumberland, was asked how people who were forced to turn to the charities could be helped during a hustings with his fellow candidates.

He said the Tories would raise the minimum wage and the tax threshold, offer more free childcare, and make sure there were greater opportunities for employment.

He added: “And I suppose fifthly, which is a much more nuanced answer, is this.

“You will not improve the long term capability of handling finances, without better financial education from primary school upwards.

“We introduced financial education and capability in secondary school, but we must get better at handling money.”

The response provoked boos from the audience, and anger and disbelief from people who run and use food banks.

Carer Alan Bell, 59, of Hexham, was forced to use the local food bank after Universal Credit delays left him without any money for three months.

He was so desperate for cash that he sold his TV, gas stove and microwave, hanging on to his washer ‘because you always need clean clothes’.

He said: “I don’t think Mr Opperman knows what he is talking about. It is not about handling money – I did not have any money left.

“I lost my job on Jan 23 this year. Finances go out of the window.

“It took me 92 days to get police DBS checks done to get a new job, and Universal Credit took three months.

“The system killed me. I sold my TV, cooker and microwave. I did not have any money left, I hit rock bottom.

“My car was towed away because I could not keep up finance, it was the most awful feeling, a horrible situation. Without it, I could not find work.”

READ  Coronavirus: Hospital patients to be seen via video link

The dad-of-one, a widower, added: “Without the foodbank, I would not be here.

“They were marvellous, like finding a golden nugget in the sand, they got me a new TV, cooker and microwave, I cannot thank them enough.”

This month charity Trussell Trust reported more people than ever before being forced to food banks, with more than 820,000 emergency food parcels given out in the past six months.

New data showed April to September 2019 to be the busiest half-year period for food banks in their network since the charity opened.

During the six months, 823,145 three-day emergency food parcels were given to people in crisis in the UK; more than a third of these (301,653) went to children.

It was a 23% increase on the same period in 2018 – the sharpest rate of increase the charity has seen for the past five years.

The main reasons for people needing emergency food are low benefit income (36%), and delays (18%) or changes (16%) to benefits being paid.

The average weekly income of households at food banks is only £50 after paying rent.

Retired engineer John Sampson, 62, who gives regular donations to the food bank near his home in Prudhoe, said: “As far as Mr Opperman is concerned, no thank you.

“I just don’t understand the rubbish they are spouting. On the NHS, my mother-in-law was in A&E in Cramlington recently.

Barbara Armstrong, 64, a retired librarian, said: “The policy of austerity has been in since 2010. I am sorry but the Tories are totally to blame for that – and the rise in the use of food banks.

“It comes down to all the cuts to local services. It is complex, but there are direct links. They way Universal Credit has been organised leaves people needing food banks.”

Mum-of-two Ruth Ralston, 30, on maternity leave as she trains to be a GP, said teaching children about finances in school would be useful but was a ‘side issue’.

“That should not be linked to food banks,” she added. “People don’t have enough money due to factors like zero hour contracts.”

Retired nurse Frances McKie, 72, also of Hexham, added: “It was a silly thing to say.”

The town’s Labour’s candidate Penny Grennan said that everyone could benefit from learning budgeting skills ‘but the implication was that the poor would not be poor if they knew how to budget.’

She added: “This may have been an ill judged remark but the Government’s austerity policies have led to a huge rise in food bank use in this constituency. I find the fact that they are needed appalling.”

Lib Dem candidate Stephen Howse told the audience: “A child knows that when you have no money, you have no money. One in four children in this constituency is living in poverty. That is a disgrace.”

Shame on you Mr Opperman, how low will you stoop to boost your profile.”

Another added: “On an MP’s salary you haven’t the vaguest notion of how people cope at the lower end of the scale.

“You cannot pretend to represent the electorate at all with views like yours. You are only in politics for your own ends and self importance. Again shame on you…”

The organisation issued a plea for donations in August after 45 households came to their four sites in just two hours. Volunteers told how ‘holiday hunger’ had seen 420

households in need of help, up from 363 last year; 157 were first time visitors, with 385 children in total.

There was evidence of ‘child poverty right on our doorstep’. They were closed yesterday, and declined to comment.

Jackie Beeley, 53, runs a food bank with a team of volunteers in Gateshead, including her parents Liz, 75, and Matthew, 79, who manage the warehouse in Blaydon – the constituency neighbouring Hexham.

“The majority of people that we see don’t have a problem ‘managing’ their money,” she said.

“The problem seems to be that people don’t have enough money coming in to manage on.

The Trussell Trust said on their latest research that ‘year-upon-year’ they were seeing ‘more and more people struggling to eat because they simply cannot afford food’.

“This is not right,” they added.

Trussell Trust chief exec Emma Revie said: “People are being pushed to food banks because they do not have enough money to afford basics.

“It doesn’t matter how good at budgeting you are if you don’t have any money to budget with in the first place. Our latest research reveals the average weekly income of people at food banks is just £50 after paying rent. Almost one in five have no money coming in at all in the month before being referred for emergency food.

“We cannot let this continue in our country. This can change – our benefits system could be the key to unlocking people from poverty if the next government steps up and makes changes needed to ensure payments cover the true cost of living.

“How we treat each other when life is hard speaks volumes about us as a nation. We can do better than this.”

The Mirror approached Mr Opperman and his office but he was not available for comment.

Earlier this year, the Mirror told how a Government blunder had seen more than 360,000 people receive an incorrect state pension forecast.

Mr Opperman, as then Pensions Minister, admitted there were “significant problems” after people were issued with online forecasts saying they will be getting a higher amount than they are actually entitled to.