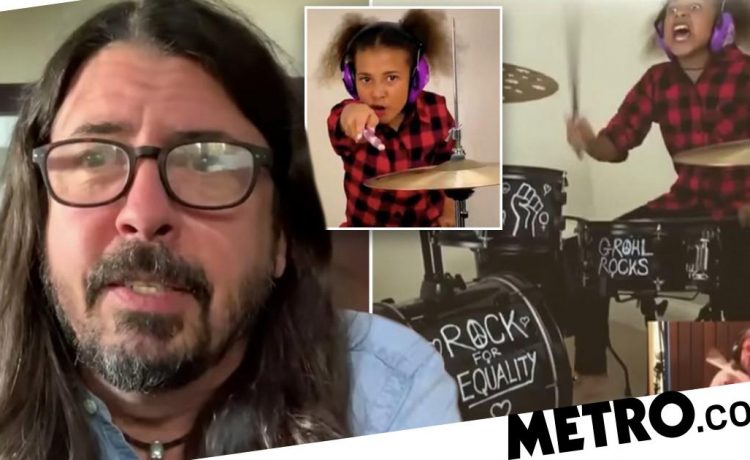 Throughout this year, Dave’s growing friendship and competition with Nandi has been lighting up social media. The two have been warring for months over their drumming skills but it appears a winner has been declared.

Speaking to Stephan Colbert, Dave says he conceded the battle as there was nothing he could do to best Nandi.

The rock star had first become aware of the 10-year-old talent after she posted a cover of Nirvana’s ‘In Bloom’.

The Foo Fighters legend said of the drummer: ‘She’s beating the crap out of her drum set, and when she does drum rolls, she screams.

Nandi eventually called Dave out for a drum battle at the end of a video, which he agreed to. However, Dave admits he got a little more than he could handle.

He said: ‘I thought I’d play something simple and send it to her. One day later, she comes back with her response and she is wiping the floor… she’s kicking my a**. This kid is kicking my butt at the drums.’

Dave eventually gave up the battle, saying: ‘It got to the point where I- Sometimes you just have to concede defeat.’

The two have music in the works too. In September Dave wrote a song for Nandi, titled ‘The Queen of Rock ‘n’ Roll’. She responded with her own song, ‘Rock and Grohl’. In an internet call between the two, facilitated by the New York Times, they both agreed to work on a song together.

Nandi has become an internet sensation this year. The drumming prodigy from Ipswich has been playing the drums since she was five years old. 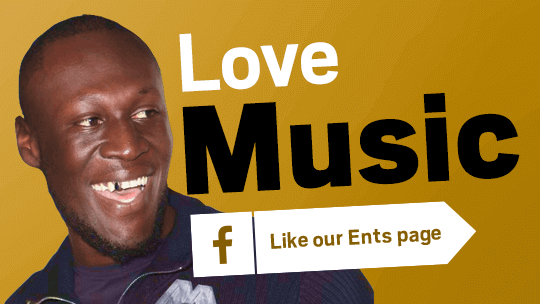