The financial guru says the situation is the worst it has been since he became the money-saving expert back in 2000.

In an interview with The Mail on Sunday, he warns that if Boris and his cabinet do not fix things “there will be some families who will have to choose between freezing and starving, and may face both.”

He added that the poorest are already doing all they can: “The people I can’t help are the people who have already done everything on the lowest incomes and they have no wriggle room, and those are the ones I’m worried for most at the moment.”

With the situation so bad, what can YOU do to cut costs? Here are Martin’s fifteen top tips to survive the crunch. 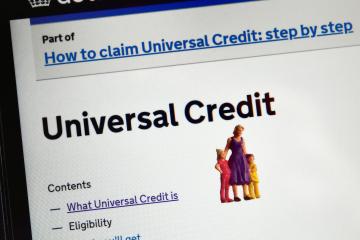 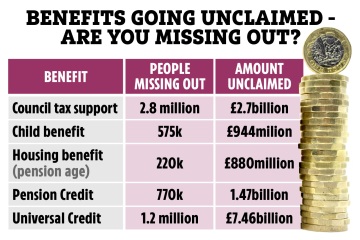 Martin says we should always be looking to ask: “Can I do it cheaper and the same way?”

With most people still on older contracts still paying the full whack, the Money Saving Expert (MSE) website shows that new deals can save more than £200 per year.

You may even qualify for a broadband “social tariff” if you are on lower income which means you would only be shelling out £15 per month.

A staggering over 800,000 qualify for a state pension top up which could be worth thousands of pounds per year.

Not only does it help retired people on low incomes, it can help make you eligible for council tax discounts, free TV licences for over-75s and more.

Ever heard the saying change is good?

Martin says that switching banks could end up being more lucrative for you.

Raising a child in this financial climate can accumulate a staggering cost to say the least.

Yet masses of working parents are missing out on thousands of pounds of help.

Martin helps break this down with his handy childcare costs guide that covers all the available schemes to suit your needs.

Martin says we should constantly ask ourselves “what can I reduce?”

This may come in the form of recurring payments, direct debits and standing orders which let money leak from your account each month without approval.

While you may have forgotten for that subscription you signed up for a couple of months ago, your bank account hasn’t.

Go through your bank statements and analyse your spending. If you don’t need it, scrap it.

You could be eligible for a council tax discount if you live alone, with students, have a severe mental impairment, have a live-in carer, receive pension credit of are low on income.

These range from 25 per cent to 100 per cent depending on circumstances.

The money saving expert urges people to question “what they really need”.

Check what you have in your house and if you haven’t used something for a year, sell it.

MSE has lots of helpful tips for selling on online markets including ways to make money from crisp bags, empty jam jars and wine corks.

In 2021, more than a million people in England would have been better off using an NHS prescription prepayment certificate.

The one-off “season ticket” covers all prescriptions for either three months or a year.

If you use more than one a month, it’s definitely worth taking up.

According to the Energy Saving Trust, using your washing machine on a 30-degree-cycle and drying clothes outside rather than in a tumble-dryer saves about £28 per year on your energy bill.

Granted its not always sunny in the UK but make sure to take advantage when there is great weather.

Martin says that over 400,000 homes are in the wrong band due to the way properties were valued when the council tax system was launched in 1991.

This could mean you are in too high a council tax band and could net you massive savings. See where you match up with his council tax check ‘n’ challenge online.

It may seem simple but cutting your dishwasher tablets in half can make your savings go a long way over a year.

Martin’s household hacks do not stop there though and he has 41 other common tips which all add up to save cash.

These include cutting open toothpaste to get the last bit out to saving wrapping paper from opened gifts.

Don’t want to stop going to the cinema and eating out but hoping to save costs?

With the “meerkat trick” there’s a way to get a year of two-for-one deals for just £1.

This handy trick gets you a discount at cinemas on Tuesday or Wednesday as well as thousands of restaurants from Sunday to Thursday.

Many people will probably be aware of recycling clothes but not that you could get paid to do it.

You could receive £5 for any leftover clothing. If you don’t wear any items, it’s time to recycle!

Last but not least Martin advises people to get savvy and know the best times to get the biggest “yellow sticker” reductions.

A must for bargain hunters, yellow stickers are slapped on items near their best-before dates that supermarkets reduce in price. 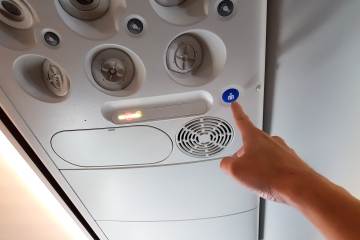 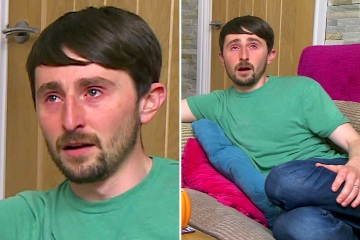 But while most people are fully aware of this, the key is to make a move at the perfect time.

The money saving expert has gathered insider info on when stores want to offload stock. 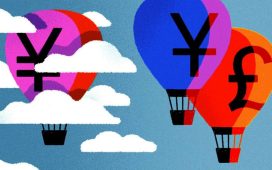 Global financial centres: where hustle’s the name of the game 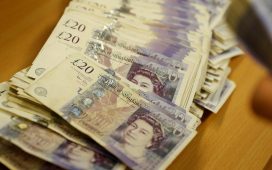