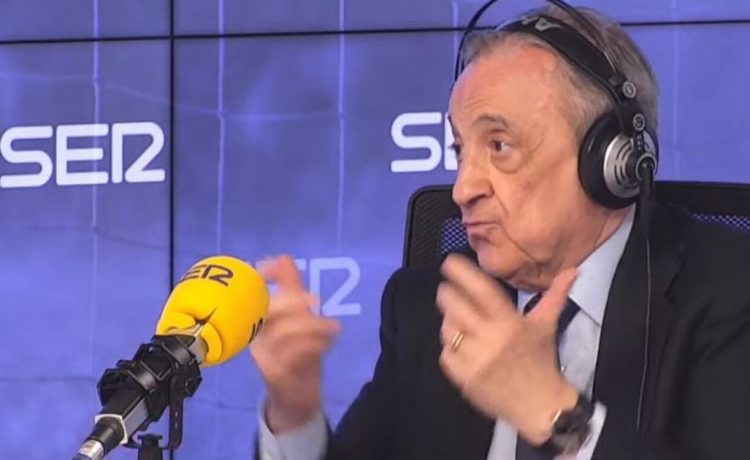 The Real Madrid president and driving force of the competition has been speaking to the Spanish press after nine of the 12 founding members announced they would no longer move forward with plans.

It has left Perez’s hopes in tatters, after the announcement received widespread condemnation from across the sporting landscape.

But in a lengthy interview with El Larguero, Perez has doubled down on suggestions that the members have a “binding contract” and suggested some teams could still be included.

“I am a bit sad, disappointed,” he started. “We have been working three years on this project, on fighting the current financial situation in Spanish football. It is easy to understand – you cannot touch La Liga, so you look for more money midweek.

“The Champions League format is obsolete and only has interest from the quarter-finals.

“Among the 12 teams we lost 650 million last season. This season two or three more times. This format clearly does not work.”

Perez then stated that one of the six English teams helped turn the tide in discussions with their reluctance to fully buy into the proposals.

“There was someone among the six English teams who didn’t have much interest in the Super League and that started affecting the others. It’s a team that was never convinced,” he explained.

Despite just three teams remaining from the initial dozen, Perez is refusing to call time on the ESL and said there could yet be alterations that see certain sides return to the fold.

“ Juventus and Milan have not left,” he added. “Barca are thinking about it. Maybe we can change it a bit – that the top four in England enter, the top four in Spain. The important thing is that the big teams play each other, so the kids will watch football.

“The founder clubs believed in this project. It is not dead. We will keep working.”