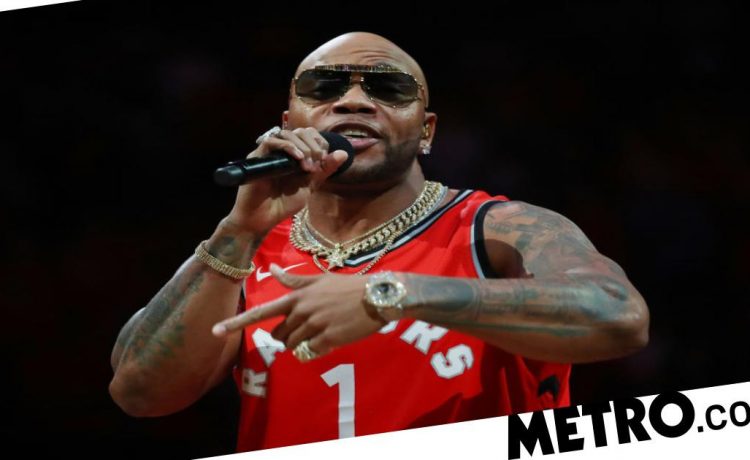 Flo Rida is keen to perform at this year’s Eurovision Song Contest – and you know what, stranger things have happened at Eurovision.

The biggest surprise in the run-up to this year’s Song Contest in Rotterdam was that Flo Rida – he of Low, Right Round and Club Can’t Handle Me fame – had contributed a verse to Adrenalina, the 2021 entry for San Marino.

While it has not yet been confirmed whether the rapper will actually be on stage with San Marino’s representative Senhit, the 41-year-old is keen to make it happen.

When asked by BBC’s Newsbeat if he wanted to go to Rotterdam, Flo Rida said it would be an ‘honour’ to perform with Senhit.

He said: ‘I would love to go. You know, there’s nothing like being embraced for your passion. I love performing.’

Senhit added that her team is in touch with the rapper’s to see if it will be impossible to get Flo Rida to Rotterdam this May, and that they are trying to make it work.

It would be quite the experience for Flo Rida, who basically had no clue what Eurovision was before Senhit’s people reached out to his people about a possible collaboration.

When asked what if he knew much about the contest, he said: ‘I had no idea about it. I definitely didn’t.’

Which is all the more reason to get Flo Rida to Rotterdam.

The star would need to be in the Netherlands for the full week of Eurovision, with San Marino set to compete in the second semi-final on Thursday May 20.

San Marino, the fifth smallest country in the world, first joined Eurovision in 2008 and has competed every year since 2011, but hasn’t had the best luck.

The nation, which has a population of just under 34,000, has only reached the final twice in 10 attempts, and its highest ranking was in 2019 when Serhat came 19th with Say Na Na Na

But this year could be different, as San Marino is currently 11th in the bookies’ odds.

Malta is currently favourite to win with Destiny and her song Je Me Casse, followed by Switzerland’s entry Tout l’univers by Gjon’s Tears.

But to their detriment, they have no verse from Flo Rida.

The Eurovision Song Contest grand final takes place on May 22.

READ  My Chemical Romance guitarist lashes out at Joe Jonas over comeback rumours: 'You're a Disney band, bro'
Share on FacebookShare on TwitterShare on PinterestShare on Reddit
newsgrooveMarch 26, 2021