NewsGroove Uk
NewsGroove Uk > Travel > Flights: Passengers to save up to £142 on flights as Heathrow unveils budget savvy plans
Travel

Flights: Passengers to save up to £142 on flights as Heathrow unveils budget savvy plans

Flights are one of the most popular methods of travel, however, with a growing demand for more journeys, plane tickets have seen an increase in cost in recent years. Luckily, London’s busiest flight hub is set to present plans to the CAA which could help passengers save money when travelling. Heathrow Airport‘s Initial Business Plan will explain how the airport plans on delivering expansion and connectivity, whilst also lowering airfares.

Over the next six months, the airport will receive feedback on the specified developments from stakeholders.

Any feedback will then be included in a final plan set to be published in 2020.

Heathrow Airport’s CEO John Holland-Kaye said: “This plan ticks all the boxes. New capacity at Heathrow will help drive down airfares, attract up to 40 new long haul as well as more domestic routes and connect all of Britain to global growth.

“It delivers a sustainable airport at the cost we said without a penny of taxpayer money. Expanding Heathrow will make Britain the best-connected country in the world, at the heart of the global economy.”

Heathrow is currently the busiest airport in Europe in terms of passenger traffic and is used by over 80 airlines.

Travellers can fly to 185 destinations in 84 countries from the London hub.

From its five terminals, passengers can travel with airlines including British Airways- which is based at the airport – as well as Air France, Air Canada, American Airlines, KLM, Lufthansa and Qantas.

The news follows a busy festive period for the airport which welcomed an estimated 6.5 million passengers for the month of December.

Passengers jetted off between over 200 countries, either directly or using the airport as a connection.

Meanwhile, a mammoth 144,000 tonnes of Christmas cargo was expected to fly through Heathrow during the holiday season.

To put that into perspective, that’s equivalent to the weight of 68 London Eyes. 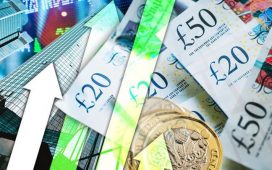 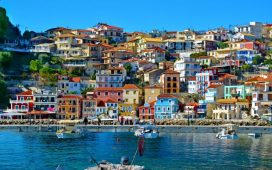 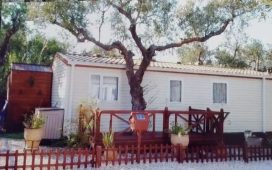 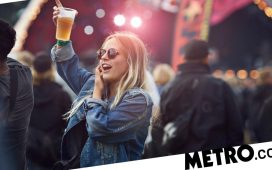