The first patients have been admitted to the NHS Nightingale hospital in London as the coronavirus pandemic rages on.

London’s ExCel Centre has been transformed into a huge field hospital with a capacity for 4,000 patients as cases and deaths in the capital continue to soar.

The hospital will initially take on 500 coronavirus patients who are being transferred from other intensive care units in the capital.

“There is also treatment capacity available in other hospitals across London to complement the care being provided at the London Nightingale.”

In only nine days, the 87,328 square metre venue – which usually hosts corporate and music events – was turned into more than 80 wards, each with 42 beds.

The UK’s first coronavirus field hospital was opened by Prince Charles on Friday.

Others are being built in Birmingham, Manchester, Cardiff, Glasgow, Belfast, Bristol and Harrogate.

It comes as a US healthcare giant on Tuesday gave the green light to its doctors and nurses to volunteer to work saving lives at the Nightingale Hospital.

HCA, whose London hospitals include the Portland where the Duchess of Sussex gave birth, will pay the salaries of any of its more than 1,600 medics who put their names forward for jobs at the Nightingale.

The NHS Nightingale will grow into one of the biggest hospitals in the world as it begins treating patients.

Those admitted to the hospital will already be on a ventilator and will remain at the Nightingale until their course of ventilation is finished, the hospital’s chief medical director said.

Coronavirus patients suffering from other serious conditions – such as cardiac issues – will be cared for at other specialist centres.

A combination of NHS staff, contractors and up to 200 military personnel took part in construction – which was completed in just nine days.

Some workers are reported to have taken on 15-hour shifts to get the work done as quickly as possible.

Up to 16,000 staff may be required to run the facility at full capacity.

Hundreds of volunteers from the St John Ambulance charity with differing levels of clinical training have volunteered to help out with operations, with around 100 expected to work every shift.

Pictures from inside NHS Nightingale also show the scale of the crisis.

READ  Yes, we can improve our diet but the world is rigged against our efforts | Barbara Ellen
Share on FacebookShare on TwitterShare on PinterestShare on Reddit
newsgrooveApril 7, 2020

Stomach bloating causes: Bloating after meals could be a sign of this deadly condition

Coronavirus UK: Children are 56% less likely to get infected 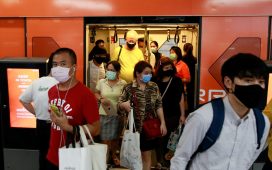 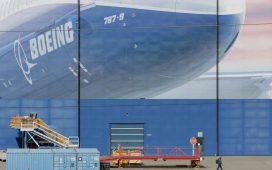 When is Queen of the South series 5 released on Netflix?

Stomach bloating causes: Bloating after meals could be a sign of this deadly condition