Fiona Phillips has been praised by fans for candidly opening up about her experiences with the menopause.

The TV presenter, 61, made the comments in a column for the Daily Mirror, while explaining her absence from TV, writing that she was ‘unwell’ at the time.

In the column, she shared how she’d suffered from ‘anxiety’ and ‘brain fog’ and had ‘cried a thousand rivers in the past few weeks’ despite having ‘nothing to be sad about’.

She added: ‘I’ve been fearing for my sanity and am scared to do things that I’ve been doing with ease for years, even things as simple as ­shopping for food.

‘I had to leave the supermarket mid-shop last week because I became overwhelmed and panicked.’

Fans were quick to praise the 61-year-old, with many saying they respected her honesty.

One fan, taking to Twitter, wrote: ‘Men, women, read this candid article by Fiona Phillips. A high % of women suffer like this but are totally overlooked and not understood. Thanks for this. Menopause is a debilitating bitch at times’.

Another said: ‘Thanks to @ralmissfiona Fiona Phillips for talking so openly about her experience of #Menopause Her insights will help anyone going through this, those around them, and all of us who need to properly understand & recognise this.’

A third added: ‘Overwhelm & anxiety are two of my most prominent symptoms of the #Menopause & #perimenopause. Thank you for sharing this.’

In her column, Phillips revealed how she’s discovered various levels of ‘fear, rampant anxiety, joylessness and depression’ in recent months.

She’s also been left fearing that she won’t be able to return to her job due to her symptoms.

In an interview with the same paper, she explained how: ‘I’ve been fearing for my sanity and am scared to do things I’ve been doing with ease for years.’

‘They call it brain fog, I don’t know what I’m talking about half the time.’

Fiona, who presented GMTV live from 1997 to 2005, explained: ‘God, it’s horrible, I haven’t worked for the first time in my life, I can’t do television work because I’m so anxious and just scared of everything and I’m not that kind of person at all.

‘I have the intent to do everything I used to do, but then your body, your brain, doesn’t let you. The fear takes over. I hope to God this isn’t the end of my career.’

She added how the fear and anxiety have become so bad, that she even becomes overwhelmed at the thought of cooking her 21-year-old son dinner.

‘My eldest comes home every weekend, but everything has become a big deal for me – what will I get him to eat? Which is ridiculous.

‘It’s fine, or Martin [Frizell, her husband] steps in, or we have a takeaway, but it is a thing now, I worry about whether I can do it.’

Fiona previously revealed in an interview in 2017 that she had underestimated the impact the menopause would have on her body.

She told Lorraine Kelly that she’d struggled with her mental health while she cared for two small children and her mum and dad.

She also shared how her mum had suffered with depression while she was growing up, saying: ‘My poor mum, when we were little, she used to lock herself in the room for a day in the dark because she was just so, so depressed. I think it can run in families as well.

‘Things happen to you… and the menopause, that is a horrible thing! I remember my mum in a real state with her menopause and I just thought, “It can’t be that bad surely” – and yes, it can.

‘Anxiety in all sorts of things that you might never had had before. Suddenly you’re overwhelmed by things.’


MORE : Holly Willoughby refuses to be ‘fearful’ of menopause: ‘It’s my next phase of life’ 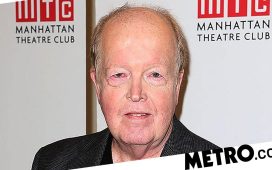 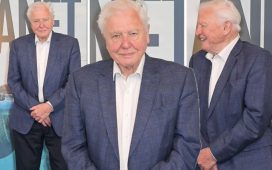 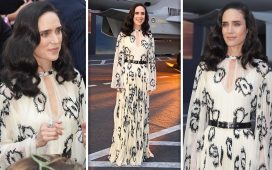 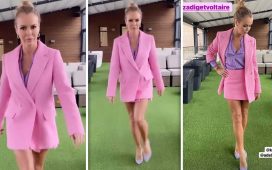 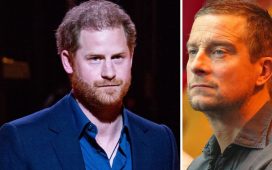 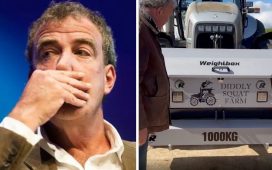 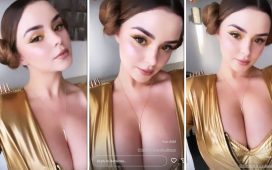