The final trailer for Jumanji: The Next Level has been released. The original team of four friends as seen in Welcome to the Jungle have been separated and put into different avatars after mysterious circumstance. They’re first in the desert, only to land back in the familiar location of Jumanji. Whatever’s going on is pretty weird at the moment, but it retains all of the humor from the last installment with the new body swaps. How long will the crew be stuck in this desert before getting back to the jungle and who will be the one to have to sacrifice their life?

In Jumanji: The Next Level, the gang is back but the game has changed. As they return to Jumanji to rescue one of their own, they discover that nothing is as they expect. The players will have to brave parts unknown and unexplored, from the arid deserts to the snowy mountains, in order to escape the world’s most dangerous game. Bethany is a horse for the first part of the final trailer, as shown by Nick Jonas. Plus someone will have to sacrifice their life, which seems to put some extra urgency on the game this time around.

However, by the end of the trailer, Bethany is excited to be back in Jack Black’s body once again. In addition to Jack Black and Nick Jonas, Dwayne Johnson is back, along with Kevin Hart and Karen Gillan. Joining the crew for this new adventure are Danny DeVito, Danny Glover, and Awkwafina. From all of the promotional material released thus far, Jumanji: The Next Level final trailer is by far the most satisfying as we learn more about the body swaps and get a hint that things are all going to change again.

READ  'The Lion King' will bring Disney's live-action fans roaring back, despite 'Dumbo'

Kevin Hart was recently badly hurt in a car accident, but has since made enough of a recovery to start promoting Jumanji: The Next Level. The actor/comedian recently posted a video of his recovery process detailing his struggles of physical therapy to be able to even walk upright again after sustaining a back injury. He thanks his fans for their support and by the end of the video, it looks like Hart has made nearly a full recovery, a feat that his doctors said would take at least a year to complete.

Related: Jumanji Video Game Is Coming Ahead of Jumanji 3 This December

Jumanji: The Next Level hits theaters on December 13th and many are wondering if it will be able to replicate the success of the last installment. The last movie was able to pull off a $71.9 million opening and hopes are high for the upcoming threequel. However, there could be a holiday dip because everybody knows the secret now. With that being said, the last movie was a monster at the box office and the new movie has the benefit of all the returning actors, along with Danny DeVito and Danny Glover for a new take on the adventure. We’ll have to wait and see how Jumanji: The Next Level ends up doing in theaters. The final trailer comes to from the Sony Pictures Entertainment YouTube channel. 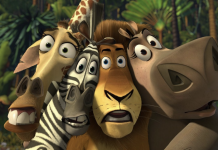 Movie Love in the Time of the Coronavirus