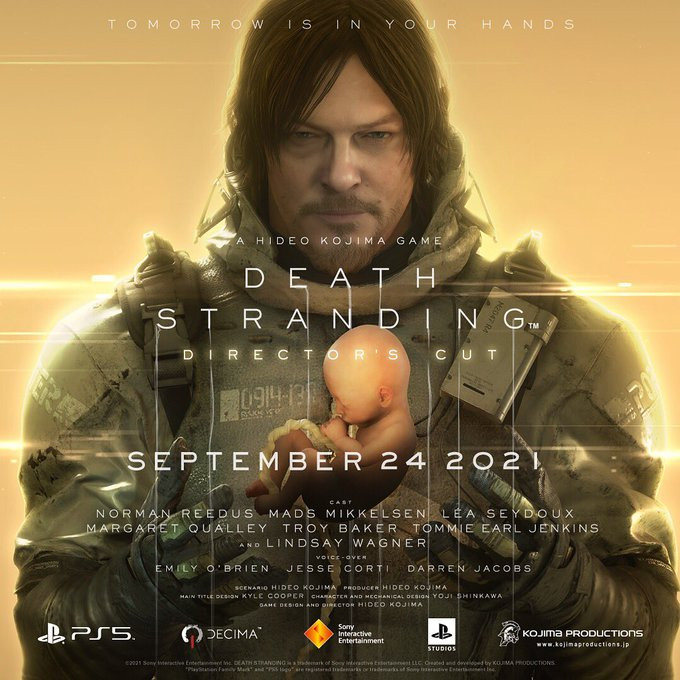 The director’s cut of Death Stranding is only a few weeks away from release, as creator Hideo Kojima presents the final trailer.

The reason why so many movie trailers imply a film that’s radically different than the one you get is because usually the director has little or nothing to do with them. Sometimes they do edit them themselves but it’s extremely rare for a video game director to have any involvement, but then Hideo Kojima has always done things differently.

Although he didn’t make the other ones, the creator of Metal Gear has personally edited the final trailer for Death Stranding Director’s Cut, stating that he’s put his ‘soul’ into it.

It’s almost five minutes long, because of course it is, but there’s no doubting it’s an atmospheric trailer, with a good use of music (Goliath by Woodkid). However, while it doesn’t have spoilers as such it’s definitely something that will mean more to people who have already completed the original version.

According to an earlier tweet Kojima is aware that the director’s cut is not ‘being promoted in a big way’, and that the trailer is being released ‘quietly’.

As already revealed, the director’s cut will have a number of new features meant to make the game’s central concept of delivering parcels easier, including a cannon, robot helper, and a ramp for vehicles.

There will also be new story missions and what seems to be a greater emphasis on stealth while avoiding human characters (rather than just BTs).

What Kojima will be working on after this director’s cut is still unclear, but star Norman Reedus has already hinted that a sequel is on the cards.

If it is, it’ll be a long way off yet, but Death Stranding Director’s Cut is due out as a PlayStation 5 exclusive on September 24.


MORE : Death Stranding PS5 has easier deliveries and a whale for some reason


MORE : Death Stranding PS5 upgrade will cost you a tenner