A total of 87 per cent of global financial services investors are planning to establish or expand operations in the UK in 2022, according to Ernst & Young’s latest UK attractiveness survey.

This has rocketed from 50 per cent who said the same in spring last year.

And the figure is at its highest since the survey started asking the question back in 2016.

Most read in Politics 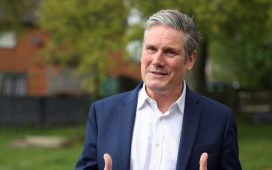