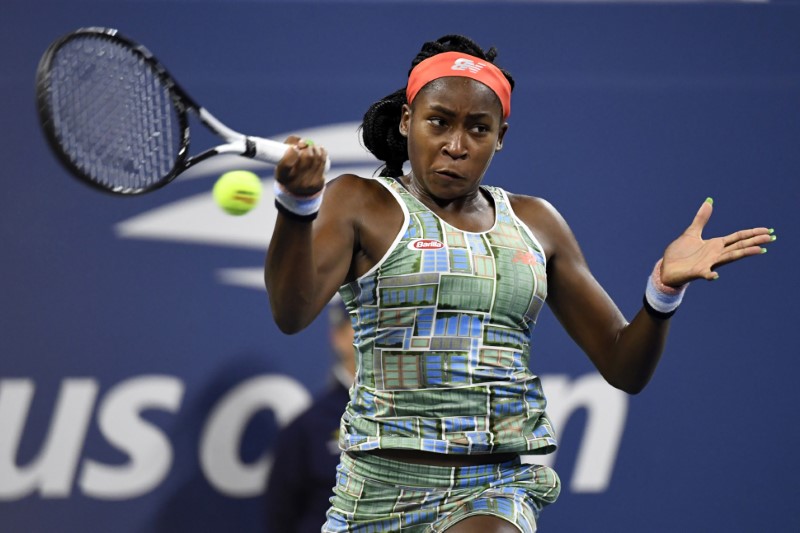 NEW YORK (Reuters) – Crowd-pleasing teenager Coco Gauff came through a tough battle with qualifier Timea Babos 6-2 4-6 6-4 on Thursday to set up a third-round clash at the U.S. Open against top seed and defending champion Naomi Osaka.

The 15-year-old American phenom was forced to dig deep to become the youngest player since Anna Kournikova in 1996 to reach the third round of the women’s singles at Flushing Meadows.

“I was tested a lot. I think we both were just testing each other,” Gauff said. “It’s just that type of match where anyone could have won.”

Gauff rode into this year’s tournament with enormous expectations after a dream run at Wimbledon where she beat five-times champion Venus Williams (NYSE:) on her way to the fourth round.

A fired up Gauff prevailed after a 12-stroke rally late in the third set to set up a break point opportunity, pumping her fists wildly and shouting in excitement in front of a packed crowd that was firmly on her side.

Gauff will face off against 21-year-old Osaka, who also holds the Australian Open title, in the third round of the tournament on Saturday for a clash that may provide a glimpse at the future of the women’s game.

Disclaimer: Fusion Media would like to remind you that the data contained in this website is not necessarily real-time nor accurate. All CFDs (stocks, indexes, futures) and Forex prices are not provided by exchanges but rather by market makers, and so prices may not be accurate and may differ from the actual market price, meaning prices are indicative and not appropriate for trading purposes. Therefore Fusion Media doesn`t bear any responsibility for any trading losses you might incur as a result of using this data.
READ  Lord Sugar tweet broke UK advertising rules, says watchdog