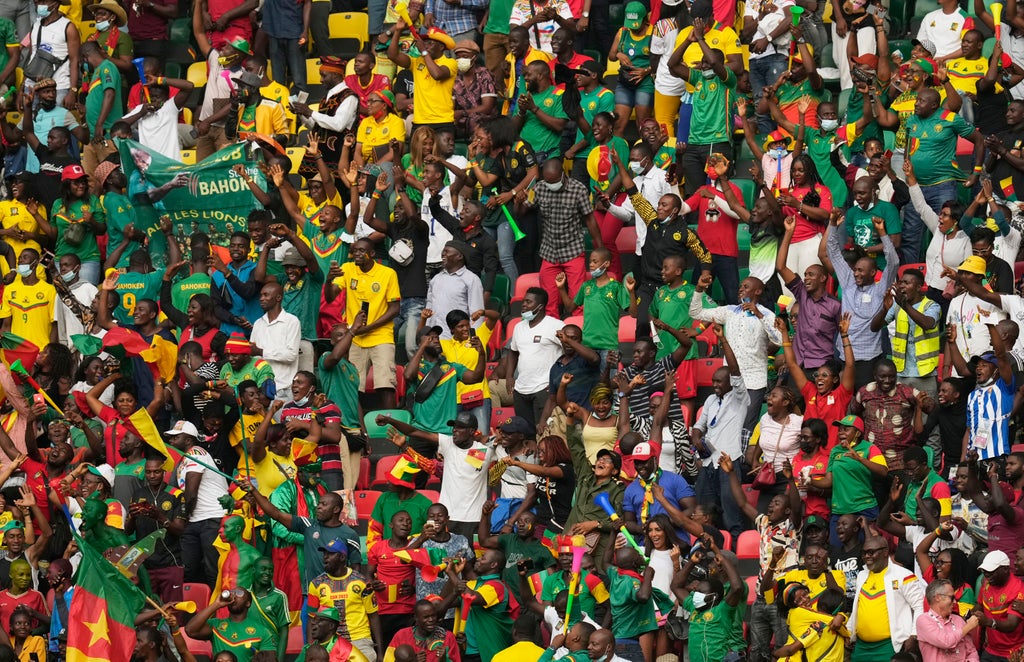 Fifa has offered condolences after at least six people were reported to have died following a crush before the Africa Cup of Nations game between tournament hosts Cameroon and Comoros on Monday.

The incident, which is also said to have left 40 injured, occurred before the last-16 tie in Yaounde.

Reports say fans were involved in a crush as they attempted to make their way into the Paul Biya Stadium, a 60,000-capacity arena named after Cameroon’s president.

A statement from the Confederation of African Football read: “CAF is aware of the incident that took place at Olembe Stadium during the TotalEnergies Africa Cup of Nations fixture between hosts Cameroon and Comoros tonight, 24 January 2022.

“CAF is currently investigating the situation and trying to get more details on what transpired.

“We are in constant communication with the Cameroon government and the Local Organizing Committee.

While no official confirmation of any fatalities was forthcoming on Tuesday morning, world governing body Fifa issued a statement in relation to the incident.

“Fifa sends its deepest condolences to the families and friends of the victims who lost their lives following the tragic incident that took place at Olembe Stadium during the Africa Cup of Nations fixture between Cameroon and Comoros,” it read.

“The thoughts and prayers of the global football community are with the victims, the ones who have been injured in this incident, and all the staff of both CAF and the Cameroonian Football Association (FECAFOOT) at this difficult moment.”

The stadium, which hosted the tournament’s opening ceremony, was built in preparation for the delayed competition, which kicked off earlier this month.

Stadiums have been operating at 80 per cent capacity during the Africa Cup of Nations due to restrictions placed on organisers because of the coronavirus pandemic.

Cameroon won the game 2-1 to set up a quarter-final date with Gambia with Comoros forced to play 5ft 8in left-back Chaker Alhadhur in goal due to Covid and injury absences.