Europe’s winter break left few leagues in action this week and there was plenty to celebrate this festive period.

Liverpool right back Trent Alexander-Arnold turned out two stellar displays while De Bruyne continued to show why he is arguably the best player in the Premier League.

Each week, EA will select a squad of 23 of the best performing players from the past seven days and give them in-form (IF) cards which have increased ratings.

Any player included in the TOTW that also has a One to Watch (OTW) card will also be boosted and their overall (OVR) will stay their latest IF card rating.

These players form the TOTW which is available to challenge for coins on FIFA Ultimate Team. These players are also available in packs and on the transfer market, so look out for them!

NOW WATCH BELOW: EVERYTHING you need to know about FUTMAS this Christmas!

Lukasz Fabianski made a welcome return to the West Ham line-up this weekend and showed the Hammers exactly what they had been missing. Despite their defeat, the Polish stopper made six saves including keeping out Demarai Gray’s penalty.

England right back Trent Alexander-Arnold helped the Reds keep two clean sheets this week as they continued their march to the title. The 21-year-old also put in a Man of the Match display against Leicester providing two assists and a goal in their crushing victory.

Croatian international Domagoj Vida scored his third goal of the season as Besiktas put four goals past Genclerbirligi. The Turkish side have been inconsistent this season but bounced back this weekend after two consecutive defeats.

A goal and clean sheet away at top of the league West Brom, Daniel Ayala showed his class in his sides 2-0 win this weekend. Any fears of relegation are easing after three wins in a row, a very merry Christmas for Boro fans!

Ayala’s basic silver card costs less than 1,000 coins on both consoles and a potential IF card could boost his rating to 79 OVR.

Aaron Mooy turned in a world class performance in Brighton’s 2-0 win over Bournemouth, scoring his first Premier League goal for the Seagulls in the process. Mooy dominated the Cherries midfield and showed his class throughout.

Australian playmaker Mooy’s basic card costs just 750 coins on PS4 and 850 on Xbox One. An IF for Brighton midfielder Mooy could be rated 80 OVR this week.

Besiktas midfielder Atiba Hutchinson created three goals in their 4-1 win this weekend and scored one himself. The goal made it two in two for the Canadian after an injury-hit beginning of the 2019/20 season.

Hutchinson’s heroics could see his overall rise as high as 80 this week. His basic card costs just 450 coins on PS4 and 500 on Xbox One.

Belgian superstar Kevin De Bruyne is in phenomenal form for Pep Guardiola’s faltering City side. Two goals and an assist in the past week take his personal tally to 13 assists for the season, a truly world class performer.

England talisman Raheem Sterling could earn himself a place in TOTW 16 after his brace against Wolves. Despite the defeat, Sterling’s clinical finishing put City 2-0 up whilst down to 10 men and he was powerless against the Wolves fightback.

Sterling costs 63,000 on both consoles with his TOTY Nominee card costing over 130,000. An IF card is likely to be in the LW position and rated 89 but could be even higher!

An Achilles problem has hampered Radamel Falcao’s debut season in Turkey; however, the prolific Colombian bagged a brace in Galatasaray’s 5-0 win this weekend. The Turkish giants will need more goals from Falcao if they are to make their way further up the league table.

Falcao could receive his first IF card of the season with 85 OVR. His basic 83 rated card is available for 3,400 coins and boasts an 82 Shooting rating.

Click ‘Next’ to see who else makes the TOTW… 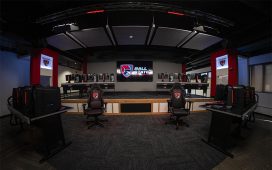