In honour of the imminent MLS Cup final, we’ve decided to create a Career Mode guide for finalists, Toronto FC. The Ontario-based team will face off against the Seattle Sounders in the third MLS Cup final between the two teams.

Whether Toronto will lift the trophy is yet to be seen, but if you can’t wait until Sunday, then you can lead the Eastern Conference Champions to victory on FIFA 20.

RealSport is here to give you a helping hand as you set up your game.

NOW WATCH BELOW: How to get the most out of Career Mode in FIFA 20!

Toronto FC have a three-star rating, with decent stats of 72 attack, 71 midfieldand 70 defence.

Toronto FC’s default formation on FIFA 20 is a 4-2-3-1 wide. We recommend sticking to this lineup as it allows you to utilise Toronto’s pacey wide men, whilst maintaining ample defensive cover. If you prefer attacking down the middle, then 4-2-3-1 narrow is also a viable option.

Alex Bono (71 POT) starts between the sticks, behind a solid centre back partnership of Omar Gonzalez (90 strength) and Chris Mavinga (85 sprint speed). Justin Morrow and Auro (89 balance) start at left and right back respectively.

Club captain Michael Bradley (85 stamina) is joined by Marky Delgado in holding midfield, with playmaker Pozuelo (84 ball control) ahead of them.

The front three is made up of wingers Nicolas Benezet (86 balance) and Ericsson Gallardo (85 agility), lead by the goal-scoring powerhouse, Jozy Altidore (92 strength).

For your defensive tactics, you should go for balanced– Toronto’s defensive quality is adequate, but you should play conservatively to limit the threat of opposition attackers.

A balanced defence means your players will push to the middle of the pitch, but will not overstretch themselves, ensuring they maintain their formation. We also recommend to change your defensive depth to four.

Offensively, you should use fast build up– with the conservative nature of your defence, your best bet is to hit back quickly when the opposition has advanced in to your half.

Fast build up will ensure the ball is given to your powerful front three as quickly as possible – just be wary of being disposed as you’ll be punished on the break.

READ MORE: Who wins the next 15 Ballon d’Ors on Career Mode

There are a number of instructions you need to change in the Toronto FC lineup. Primarily, Jozy Altidore’s defensive support should be set to ‘stay forward’. His lack of pace means he needs to be kept high up the pitch, ready for quick counterattacks.

Due to his immense strength, his attacking runs should be set as ‘target man’, allowing him to hold up the ball before offloading it to the wingers.

Next up, you need to set your wingers’ support runs to ‘get in behind’, allowing them to utilise their pace and expose defences. Gallardo’s chance creation should be left as ‘balanced width’, but Benezet’s should be set to ‘cut inside’ so he can get a shot away on his right foot.

Similarly to Altidore, your attacking midfielder, Pozuelo, should have his defensive support set to ‘stay forward’, so he can be instrumental in counterattacks. Pozuelo’s positioning freedom is already set to ‘free roam’ – you should keep it this way, giving the Spaniard creative license in the attacking third.

The back four’s instructions are pretty much all set. However, you’ll want to change Morrow’s attacking runs from ‘join the attack’ to ‘balanced attack’. This allows the left back to occasionally make forward runs, but means he won’t be out of position too often.

If we’re going to turn Toronto FC in to a MLS powerhouse, nurturing future talents is absolutely vital. Toronto currently have three high potential youngsters who are are indicated by the green symbol in the training section of Career Mode. These guys are Noble Okello (POT 76), Liam Fraser (POT 77) and Ayo Akinola (POT 76).

You should also set up a youth system to bring in other high potential youngsters to train.

With a 30 man squad, there are several Toronto players who you’ll want to sell – these guys aren’t good enough for where we want to take the club, meaning we need to free up their wage bills to put towards future signings.

The sale of these players will add an additional £2 million to your transfer budget and free up almost £10k in wages.

You don’t want to loan anyone out – our high potential players are similar ratings to experienced squad members, so we want to play them in the first team, accelerating their overall growth and increasing your squad rating.

The players you want to think about loaning out are any high potential youth academy players.

Striker for the future

With back-up striker Patrick Mullins leaving the club, we’ll need a striker to cover for Altidore. Ideally, this man will be a young striker with high potential, so that he can play under Altidore and eventually take over from the American as our starting number nine. In addition, a bit more pace in the front three wouldn’t go amiss.

Myron Boadu is the perfect fit – his 86 acceleration, 86 agility and 86 jumping demonstrate that he has the physical attributes to be a dealy striker. If you work on his 72 finishing and 69 positioning you’ll be able to unlock the Dutchman’s whopping 86 potential.

He’ll cost you £6 million and £10,000 a week in wages, which is a bargain considering the player he is set to become.

READ MORE: All the best young defensive midfielders on FIFA 20

Left back is one of the weakest positions in the squad, so bringing in a new defender is a priority. With £21 million left in the bank after the Boadu signing and the intention of taking the squad up a level, we want to bring in the best left back we can for that price.

That’s right, you can sign Leicester’s Ben Chilwell with Toronto FC! Chilwell has 87 stamina, high/high attacking work rates and a potential of 85 – essentially this would be Toronto’s best ever signing. At just 22 years old he’ll be around for a while as well. 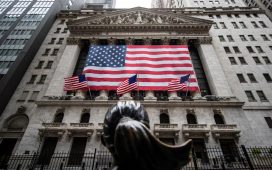 Vitamin B12 deficiency symptoms: The sign when showering that may signal you have it

Why is there still a shortage of flour?