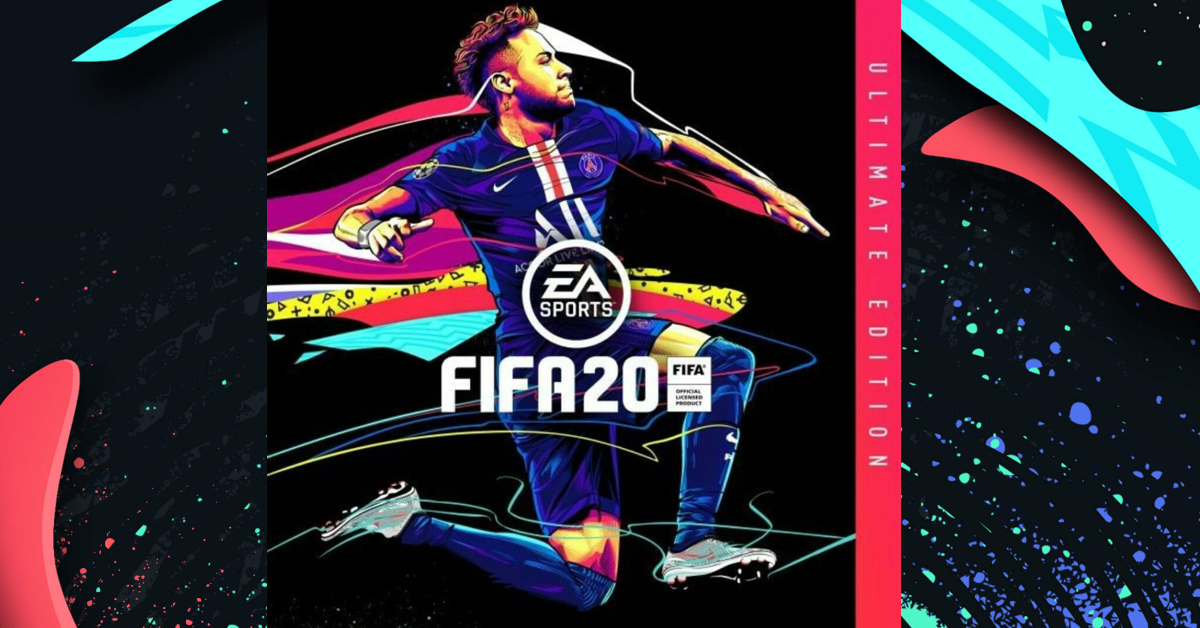 Neymar is undoubtedly one of the most skilled and creative players in the world, and if you were to ask any manager who would be there first pick left winger, the Brazilian would certainly be in the mix every time.

The 27-year-old PSG and Brazil star as a forward is renowned for his ability to play off both feet, pace, dribbling, skill and finishing.

However, will his 2018/19 season in France affect his overall rating in the new FIFA 20? With his teammates likes to gain an increase, things do not look bright for him ahead of the game’s release on 24 September 2019.

READ MORE: Greatest FIFA songs of the decade that should return for FIFA 20

August 3, 2017 saw a £196 million payment made to Barcelona for Neymar, making it the most expensive transfer made to date.

His season through 2017/18 set out to be an amazing year of football, however, it was cut short due to an injury sustained to his metatarsal bone. His debut season ended with 28 goals in 30 games. Those figures rewarded him with a controversial Ligue 1 Player of the Year award. 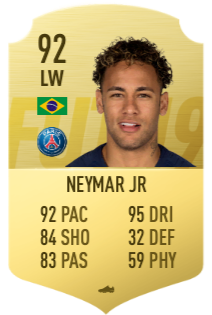 What changes will we see to Neymar’s card on FIFA 20?

Neymar’s 2018/19 season was no smooth ride consisting of another injury to his foot, a three-game ban by the UEFA for insulting a VAR decision and caught appearing to punch a spectator after a defeat.

PSG took disciplinary action, whilst issuing out a statement highlighting that it can be hard walking the stairs after a defeat and the players must stay respectful.

After all of this, in 41 games combined for both PSG and Brazil the forward was able to gain himself 39 starts, 29 goals, and 18 assists which once again proves why he is one of the best in the world.

Although Neymar is considered as one of the best forwards in the world, there seems to always be news headlines on which player’s shadow is he in?

Whilst he was at Barcelona the Brazilian was always considered second best to Lionel Messi; speculation then suggested that Neymar’s decision to move to PSG was so that he could shine as the best player in the team – firing him towards a desired Ballon d’Or.

Conversely, this was not the case as the 27-year-old was now considered to be in the shadow of the up and coming 20-year-old Kylian Mbappe. 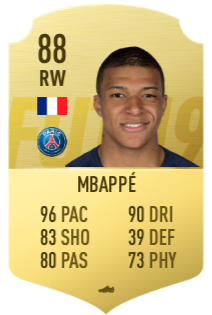 Expect Mbappe’s card to rise for FIFA 20
Aged 18, Mbappe won the Ligue 1 Young Player of the Year award as well as the Golden Boy award, after winning the league title with Monaco and shining in the Champions League.

Consequently, this led to his signing at PSG, where in his second season he played 61 games combined for both PSG and France national team, with 52 starts, 48 goals, 17 assists, named Ligue 1 top goal scorer and gained himself Player of the Year.

On top of all this, he was a crucial part of the French national team who won the World Cup. Who’s in who’s shadow now?

Struggling in the Selecao?

Well, at least Neymar’s still Brazil’s poster boy right? That is still true, but it is less strong than it once was.

Just this summer, Neymar was ruled out of the Copa America after picking up another injury in the warm-up matches.

Did Brazil struggle without him? Nope. The Selecao went all the way on home soil to win the competition, defeating Peru 3-1 in the final. 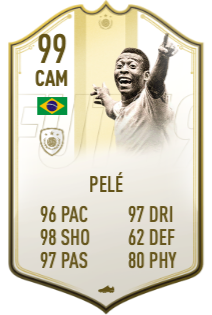 Despite his record, Neymar will never be on the same level as Pele
There was no clear star, with local hero Everton the top scorer in the competition with only three goals, and the 36-year-old Dani Alves the player of the tournament. Could the national team be a greater balanced team without Neymar in the side?

Either way, the winger is still set to become his country’s record goal scorer, with just 17 goals separating him from all-time great Pele.

READ MORE: All the new features in FIFA 20 Career Mode

Neymar’s Paris Saint-Germain exit is looking more and more likely as the hours pass by; with former club Barcelona the favourites, but Real Madrid still not completely out of the picture.

Could this transfer do Neymar any favours in the 2019/20 season?

The Original FIFA 19 front cover starred Cristiano Ronaldo, but a few months later, allegations of rape were filed against the famous footballer.

This caused a headache for the EA marketing team and designers. The decision was made to remove Ronaldo from the front cover and who took his place…? Neymar – alongside Manchester City’s Kevin De Bruyne and Paulo Dybala of Juventus. 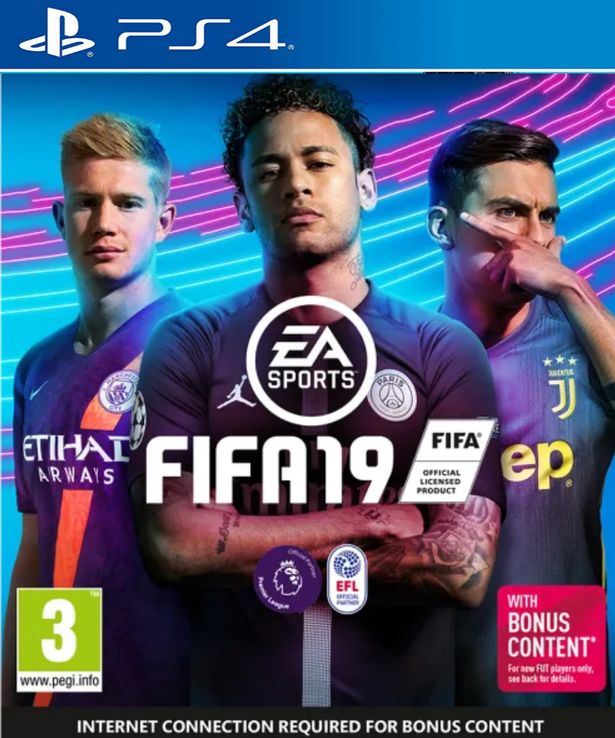 Neymar only lasted six months on the FIFA 19 cover

So why was Neymar then removed from the front cover for FIFA 20? Bizarrely, similar to Ronaldo, the Brazilian had to face rape allegations, which have since been dropped.

Not only that, the transfer speculation can’t help either. Why would EA show faith in a player that is likely to join Barcelona – a side that is in partnership with rivals PES 2020.

Although still considered being one of the best in the world, will we see his FIFA 20 rating go up, remain the same, or decrease? 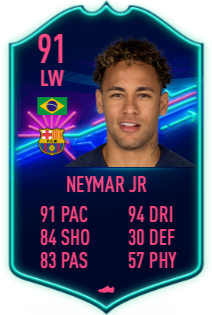 A fresh start could be exactly what Neymar needs
We here at RealSport believe that with the rocky seasons that he has had for PSG, could see his base rated card decreased from a 92 rating to 91 at the beginning of FIFA 20, with the likes of Mbappe increasing to a 92, and Messi remaining the same at 94.

What do you think Neymar Jr.’s FIFA 20 card will be rated? Let us know down below!

READ MORE: Everything you need to know about FIFA 20