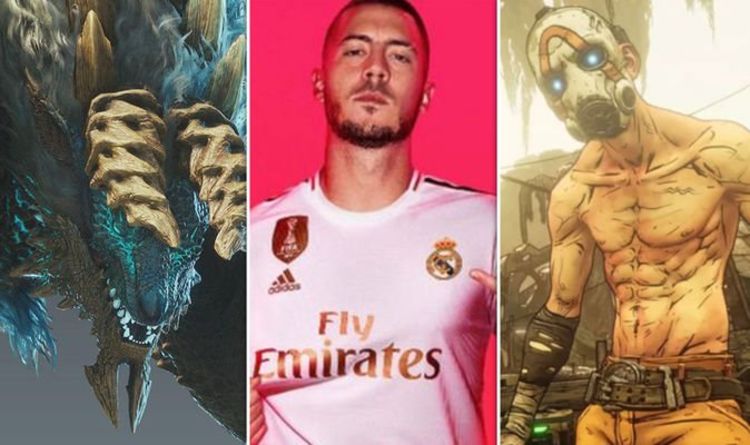 The weather is getting a bit colder, the kids are heading back to school, and it gets darker earlier – summer is on the way out. Don’t despair, however, because there’s a wealth of gaming goodness coming in September, and we’ve picked out ten of the best.

There’s something for everyone, between shooters, sports, RPGs and lots more.

Kicking things off in September with a familiar face, Spyro The Dragon glides onto Nintendo Switch in the Spyro Reignited Trilogy. In this collection of remakes, you’ll be able to play the first three Spyro platformers in HD and on the go.

You can pre-order from GAME here or Amazon here ready for the release on September 3.

Sticking with revisiting older titles, the Batman: Arkham Collection launches on September 6 in a lovely steelbook case. Bundling together the incredible trio of Arkham Asylum, Arkham City, and Arkham Knight titles along with all of their DLC, it’ll offer plenty for Bat-fans to punch, kick, and sleuth their way through. Pre-order it here or here.

If saving the world as a small dragon or a grown man dressed as a bat isn’t your thing, then just three days later you can hit the courts in NBA 2K20. A franchise that seems to get better every year, not unlike Lebron James himself, 2K20 will offer a fully realised storyline, multiple modes, and some of the most true-to-life sports simulation you’ll find anywhere.

You can pre-order on PS4, Xbox One or Nintendo Switch from GAME here – and even grab a free basketball when it lands on September 6. You can also grab it at Amazon.

Back in January 2018, Monster Hunter World launched to unanimous critical acclaim while going on to become Capcom’s biggest selling title in the publisher’s history. If you loved slapping giant beasts with a greatsword, or unleashing hell with a bowgun, then you’re in luck as the huge Iceborne expansion finally arrives next week.

Offering a huge new locale to explore, an incredible new array of monsters to hunt, and new gear to craft to take on new Master Rank challenges, Iceborne is essentially a new game.

While the expansion is available digitally for current Monster Hunter World owners, you can pick up the base game and expansion as the bundled Master Edition from GAME here, or from Amazon here.

Gears 5 needs little introduction to Xbox gamers, and the latest in the franchise looks to weave a complex narrative around new protagonist Kait Diaz. Expect exciting third-person cover shooting, plenty of gore, and the occasional chainsaw in this sumptuous Xbox One exclusive.

Back to sports, and football fans are spoiled for choice yet again. Pro Evolution Soccer may have a new name (eFootball PES 2020 isn’t the catchiest of titles), but underneath it’s the same excellent football sim fans have come to appreciate over the last few years.

Pre-order it here or here and be ready to show off your skills on September 10, or pick up one of three special covers for Manchester United, Arsenal or Celtic.

Sticking with football, EA Sports’ juggernaut FIFA 20 launches on September 27 with a full Volta (street football mode), as well as all the authenticity the game offers. With FIFA retaining last year’s Champions League and Europa League licenses but losing Juventus to Pro Evo, it’s going to be a hard-fought battle between these two titan franchises.

Grab FIFA 20 here or here, or pre-order the Champions Edition for early access on 24th September. Order from Amazon here or GAME here.

September 13 is a huge day for gaming on any console, with two huge releases landing. First up is Daemon X Machina, a mech-based shooter which is exclusive to the Nintendo Switch and offers more red skies and explosions than a heavy metal album cover.

Pre-order it here or here, or grab yourself the Orbital Edition while it’s in stock at GAME for a really cool statue of one of the game’s mechs.

PS4 and Xbox fans, don’t despair. You may not be blowing things up as a giant mech, but you will be able to create just as much chaos when the long-awaited Borderlands 3 finally launches on September 13.

Shoot and loot your way across multiple planets, upgrading your character as you go and earning crazier and crazier weaponry (including guns with legs). Hit the pre-order button here or here and make Claptrap proud.

If you’ve enjoyed the Dark Souls games in the past, then new franchise Code Vein looks like it could be right up your alley. A post-apocalyptic RPG, Code Vein sees players stepping into the garlic-avoiding shoes of vampires, but Twilight this isn’t.

Expect over-the-top, challenging combat and an anime-inspired art style when Code Vein launches on September 27. Pre-order on Xbox One or PlayStation 4 here or here.

This article contains affiliate links, which means we may receive a commission on any sales of products or services we write about.