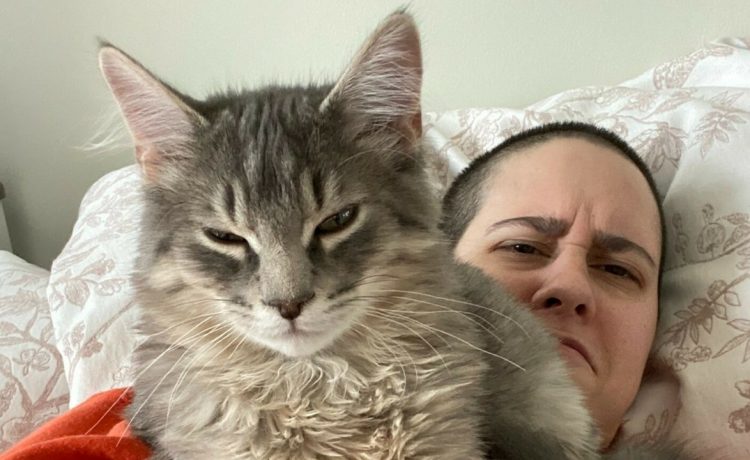 Video games! Games of the video graphics variety. There were certainly some video games this year! Is it videogames or video games? Who cares! Not me, 2020 has stripped me of caring, as I’m sure it has you. Now we have bigger things on our minds, like which character in Hades we want to cradle us in their strong, confident arms. I didn’t include Hades in my list this year, but I want everyone to know I know it’s good. It might be Supergiant’s best game? Which, listen, I might have said that about several Supergiant games, but this time it’s also true. Anyway. My list, in almost no particular order:

I bounced off of Destiny 2 for a couple years, because there are like a thousand currencies and 40 NPCs and it always felt like there was a lot of catching up to do, even though I love playing the game every time I play it. A few of my friends urged me to get back in this year with the Beyond Light campaign, and I figured I’d go back and play the previous stuff I’ve missed since 2018 to get caught up. WOWZERS. When they say they redesigned the opening, they are not kidding. I was a little bit shocked at first, considering I have a deep attachment to the original opening of D2, but I very quickly let go of that discomfort as I realized how good the game is. It’s better. It’s a lot better. Everything that I love about Destiny remains: there are no voice or chat interactions with other players unless you opt in, the movement and gamefeel are incredible, skill building is even better and more customizable, and the vistas are still of course, undeniably breathtaking. The things that changed are focused on onboarding, tutorialising, and getting you into the meat of the game as fast as possible. I know other games have done this, but it’s always so impressive when a studio can look at a huge game they’ve poured a lot of talent and skill into and say “we’re scrapping what we need to scrap, in the name of a better experience”. It can’t be easy for them, but it’s def easier for us. I’m delighted to be playing again. Add me on PSN, I’m [redacted].

READ  Video Games as an escape from the lockdown's boredom - Elemental

This game is a true delight. The story is warm and welcoming and the mechanics make me feel clever–I like feeling clever in 2020. I’m still working through it, slowly, but it’s one of those games that you can walk away from and come back to without feeling too lost. I guess having progression without failure is something I cherish, and Carto focuses on rewarding my sense of play, curiosity, and experimentation. A gentle touch is what you need some days…or some years.

Yeah, this game has some silly ideas about morality and redemption. It’s juvenile and problematic at times, and made me hide my face in mortification at least once. I also don’t love that the character I resonate with the most is Ryuji, but what can I say: I too am an academic failure who lands on my face with my ass in the air after every major success, and my posture is terrible. Royal is worth it! Just like P4Golden, they’ve added a LOT. New content is weaved into the whole game from the start, rather than adding content to just the end. The style remains intact, as do the progression mechanics. And the soundtrack. And the monster designs. And how effortlessly cool it is. Anyway, it’s all still really, really good, and I’m arguing Royal is very VERY much worth the money.

The classics will always be classics, and Clubhouse Games provided me with a therapeutic context-flipping-cleanser between meetings and during the ongoing quarantine this year. Having a single-player game of mahjong or spider solitaire or renegade going in the background is now a staple for the tougher workdays. Plus it’s funny? I wasn’t expecting it to be funny.

READ  From Macho to Sensitive: Gaming Shows a Bit of Heart - OZY

I feel so bad that I haven’t visited my island this winter season–I got so busy with work come fall that it has been neglected. I miss my friends, who I worked really hard to find, but I don’t miss the stress of never knowing exactly how I want to organize everything. Animal Crossing was both stressful and calming for me this year. As I tried to gain control of my surroundings during the initial few months of lockdown, it was deeply important to me to have ACNH. But as the year dragged on I found myself only stressing about whether I would ever be happy with my designs, and the endless nature of the game started to cause me a bit of anguish. I’m very thankful for this masterpiece, but for now I’m happy to think about how there’s always a reason for me to come back (Beau and Bam), rather than stressing about getting it perfect every time I play it.

I’m relatively new to the Paper Mario series, having not played since the first one. It’s everything I expected: beautiful, funny, charming, clever, rewarding, and a little stressful. Performing under pressure is a major theme of the game, but the aid mechanics let me take the battles at my own pace. The writing is funny too, I laughed out loud more than I thought I would. I wonder if the theme park will have giant origami sets…

Between work and moving, I haven’t even had the chance to play Spelunky 2 yet, but I know it’s in my top 10.

I’m cheating. This one is a Switch port and I just want to put it on this list in hopes that it means someday I’ll get a Pikmin 4. This series is so important to me. It’s part of how I got into games, and I want a Pikmin tattoo and… well, instead of making this into an autobiography I’ll stop there and just say I’m so relieved to see it on a console that lots of people have. Please play this game so I can have more perfect tiny pikmin in my life. Thanks.

I’ve been watching my sister play Judgment a lot–a totally different vibe from the regular Yakuza series, taking itself much more seriously despite being more or less an Ace Attorney game, and delivering a heavy story from the get-go. Playing so much Judgment sort of made me forget just how silly the Yakuza series is, and coming back to Like A Dragon was almost whiplash, in the fun rollercoaster way rather than the getting rear-ended sort of way. I FORGOT how INCREDIBLY DUMB this series is. It’s perfect, I love it with all my heart. It helps that I am both a giant Yakuza and Dragon Quest fan, but I truly do think this is a great intro to the series if you’ve been curious about it. I was debating putting it down to wait for the PS5 version but I can’t stop coming back to it. I’ll just play it twice.

Bugsnax. BUGSNAX. B U G S N A X. This game is weird. Like yes, Young Horses‘ first game Octodad was weird, but this game is really, REALLY weird. It’s also extremely good. Bugsnax has some of the best voice acting talent and direction I’ve ever heard. Plus this is a game aimed towards families that didn’t hesitate to show me queer couples being truly loving, caring, and compassionate towards each other–you know, like regular people in tough situations. Because, in a shocking twist, voluntarily feeding my friends and turning their limbs into curly fries or their teeth into cookies because they begged me to do so MAYBE has some consequences. Love it. Love Bugsnax. Love Young Horses. GOTY.