European music arrived in Egypt in the form of military bands in the 1820s, but its proper beginning came when Verdi composed Aida as an opening production for Khedive Ismail’s new Cairo opera house in 1871. That was for the Westernising elite, and European music has remained in that ghetto ever since. There may be a Western conservatory in Cairo, but many young musicians still prefer to train in the Arabic conservatory next door.

One of the small number of musicians bucking this trend is the young soprano Fatma Said, who’s been making waves ever since she was named a BBC New Generation artist in 2016; she’s now established a secure presence on the operatic scene.

She’s been singing Lieder since she was 13, and for her debut disc recorded Moorish and Egyptian songs as well as French and Spanish ones: she wanted to reflect the culture she’d grown up in. For her new Wigmore Hall recital, on the other hand, she has stuck to French and German repertoire, with a programme containing some engaging surprises.

Her selection of songs from Mahler’s Des Knaben Wunderhorn was offset by two quicksilver rarities from Mendelssohn and by Ravel’s Cinq melodies populaires grecques – he used these songs to generate brilliant little outbursts of originality.

Fatma Said has a pure and silvery tone which is even from top to bottom of her register, and she deploys it bewitchingly; her high-lying fortissimi have a luxurious fullness. It has to be said, however, that she’s one of those singers for whom words may be mangled in the quest for a beautiful sound: there were times when her French and German diction was all over the place – she could have been singing in any language.

But the evening was a pleasure from start to finish. Her melodic line in the Mozart songs flowed strong and sweet, and when the words demanded it, she almost descended into Sprechgesang – speech, not song.

She entered with glee into the comedy, and evinced demure mock-pathos when that was required. She found all the drama in Mahler’s dialogue song between a more than willing girl and her grumpy swain in “Verlorene Müh” (“Wasted Effort”), and she whitened her tone spookily in Schubert’s “Der Zwerg” (“The Dwarf”).

With fine comic timing and irresistible allure, she has the makings of a superb cabaret singer, and it was nice to have a Gershwin song as a pay-off. The audience didn’t want to let her and her excellent accompanist James Baillieu go. 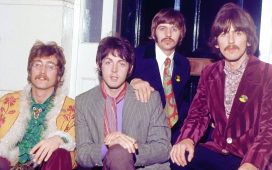 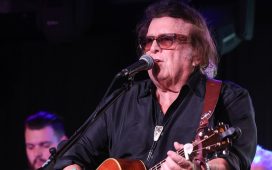 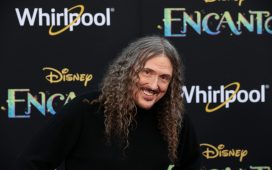 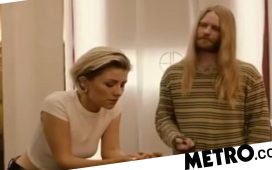 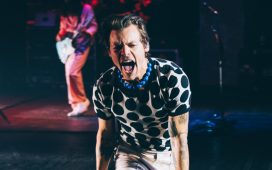