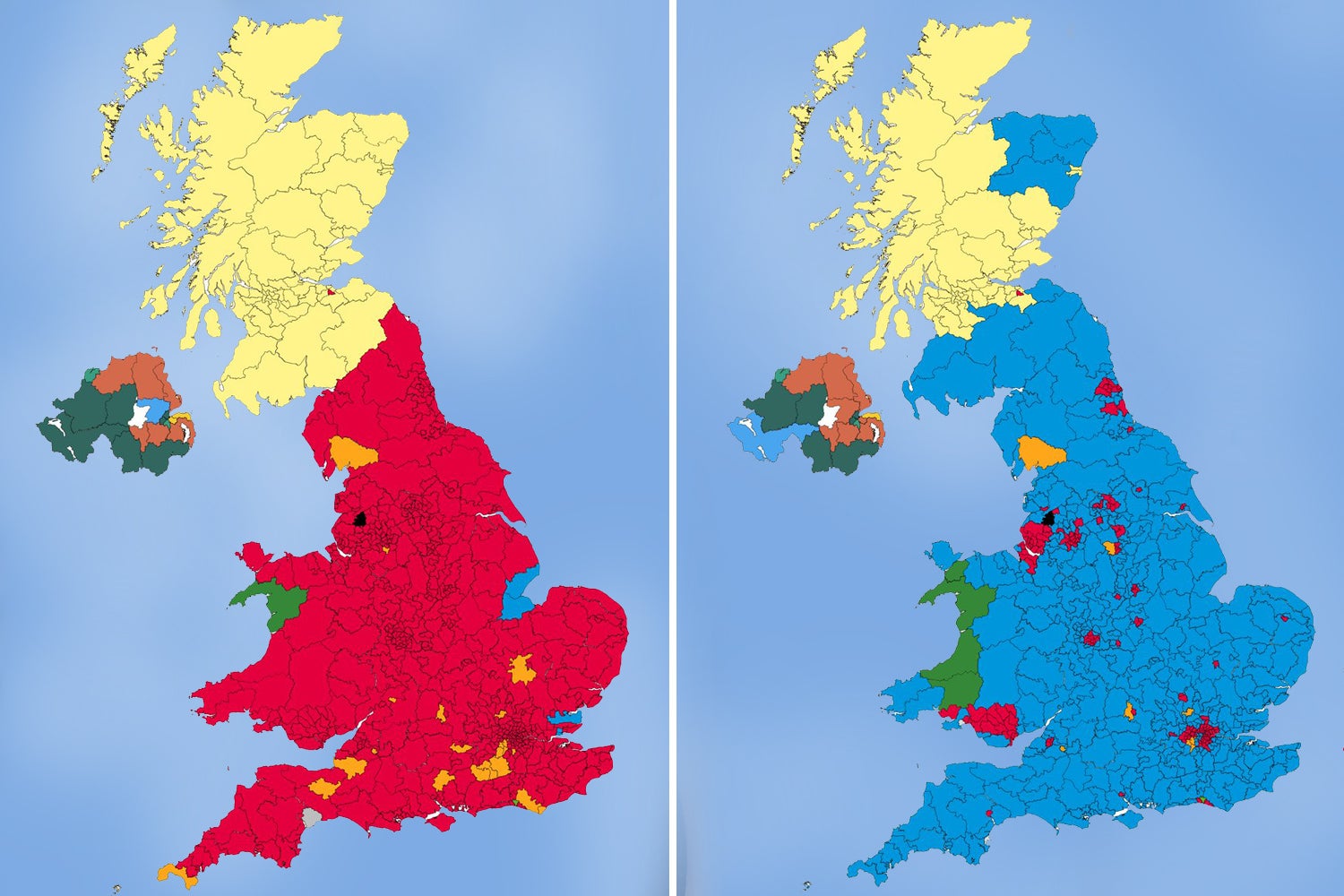 A series of fascinating maps show the stark political divide between younger and older voters at the recent general election.

Twitter account Election Maps UK compiled how different age groups, ranging from 18 to 24s to over 65s, voted in the election – and what the result would have been if only one age group had voted.

The December poll ended in a Boris Johnson’s Conservative Party winning a huge majority of 80 – the biggest the Tories have secured since Margaret Thatcher in the 1987 election.

Labour suffered a humiliating defeat, taking just 203 seats – the smallest number of seats the party has won since the 1935 election.

The SNP performed strongly, winning 48 of 59 seats in Scotland, while the Lib Dems only managed a disappointing 11.

However, data from the election shows that if only 18 to 24-year-olds had voted in the election, Labour would have won a massive 544 seats and the Tories would have secured just four.

The SNP would have taken 58 of 59 seats in Scotland, while the Lib Dems would have fared slightly better, with 22 seats.

In the over 65 category, the Tories would have won 575 seats and Labour 32, while the SNP would have taken just five seats and Lib Dems 10.

And if only people aged 25 to 49 voted there would have been a hung Parliament, with Labour winning 310 seats, the Conservative Party 240, the SNP 56 and the Lib Dems 21.

READ  Brexit news latest: Brexiteers react with fury as withdrawal delay bill is passed with majority of just one vote

Election Maps UK said the huge difference between how the different age groups vote is a phenomenon that has become more pronounced since 2017, after Jeremy Corbyn became leader of the Labour Party and the Conservatives vowed to deliver on the result of the EU referendum.

The person behind the account has previously told the Standard they believe the age people tend to shift from Labour to Tory is 47.