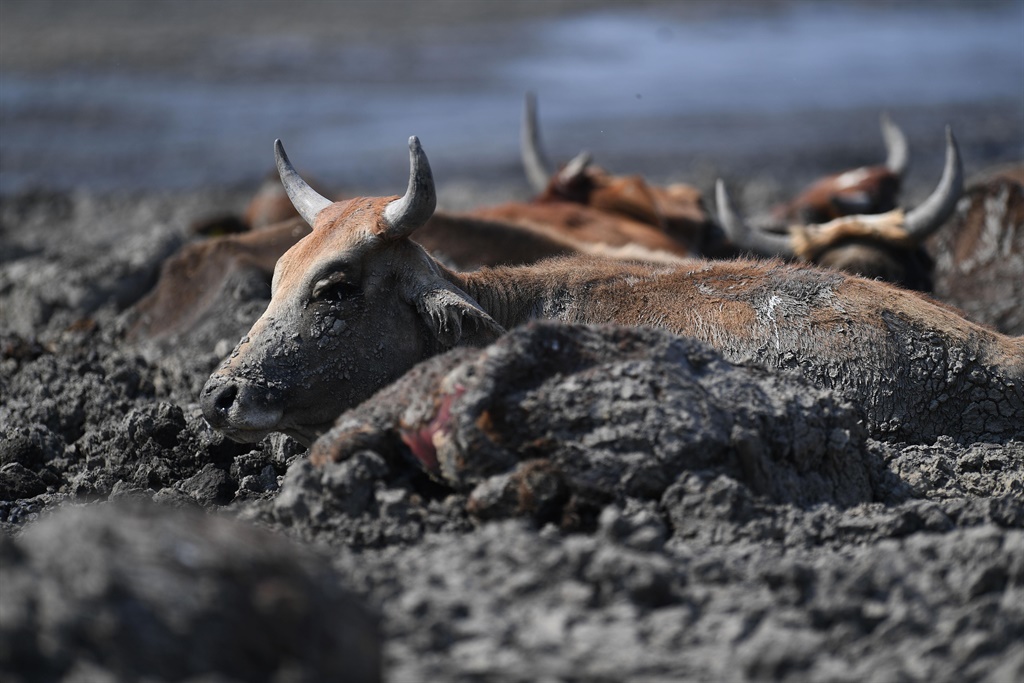 A calf struggles neck-high in the stew-like mud, kicking frantically to make its way across the mire.

Around 38 000 livestock depend on the waters of Lake Ngami in northern Botswana, but the animals – like the lake itself – have been stricken by a crippling drought.

Grazers have to walk long distances in hopes of finding anything to eat. Some succumb to the heat and vultures can be seen feating on their corpses in the sludge of the lake bed.

In May, President Mokgweetsi Masisi officially declared Botswana to be in drought after months of unevenly distributed rains, heat waves and dry spells.

Rural households have been especially hit, and are looking to the government for help.

Southern Africa has been hard hit by intensifying extreme weather conditions such as drought and floods, leaving millions in need of food aid.

Zambia is in the throes of a drought which has affected the 2018/19 farming season. Around 2.5 million people are facing food shortages, according to official figures.

In Zimbabwe, nearly a third of the 16 million population are in need of aid and at least half of these face acute hunger, according to the World Food Programme (WFP).

Lake Ngami is also home to around 100 hippos, half of whom have cannily migrated to parts where life is easier.

“Only the livestock is trapped in the muddy waters,” the acting director of wildlife and national parks, Moeti Batshabang, told AFP.