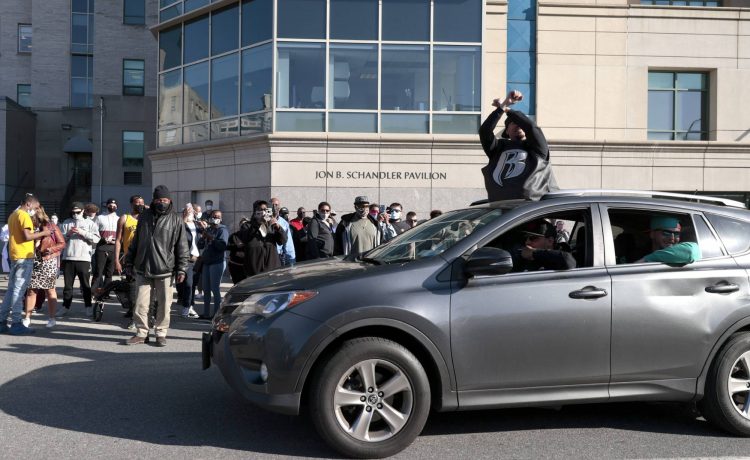 A vigil for DMX was held by the rapper’s family, friends and fans yesterday (April 5) outside the New York hospital where he reportedly remains on life support following a heart attack.

The 50-year-old rapper, whose real name is Earl Simmons, was admitted to White Plains Hospital in New York on Friday (April 2). The rapper’s lawyer Murray Richman said that DMX was transferred to the hospital’s intensive care unit after going into cardiac arrest.

“We ask that you please keep Earl/DMX and us in your thoughts, wishes and prayers, as well as respect our privacy as we face these challenges.”

A planned vigil for DMX took place outside the New York hospital yesterday with hundreds of people in attendance.

A DMX prayer closing out the prayer vigil was a moment 🥺🥺🥺 pic.twitter.com/8WozXAOSHa

The rapper’s name was chanted during the vigil, which was organised by the charitable Ruff Ryders to the Rescue Foundation, with prayers being offered and DMX’s words and music being played over a loudspeaker to the crowd.

DMX’s ex-wife Tashera Simmons and his fiancée Desiree Lindstrom were both in attendance at the vigil, with the two seen hugging during the event (via Sky News).

The likes of Mariah Carey, Missy Elliott and U2 are among the prominent artists to have offered prayers for DMX on social media over the past 24 hours.