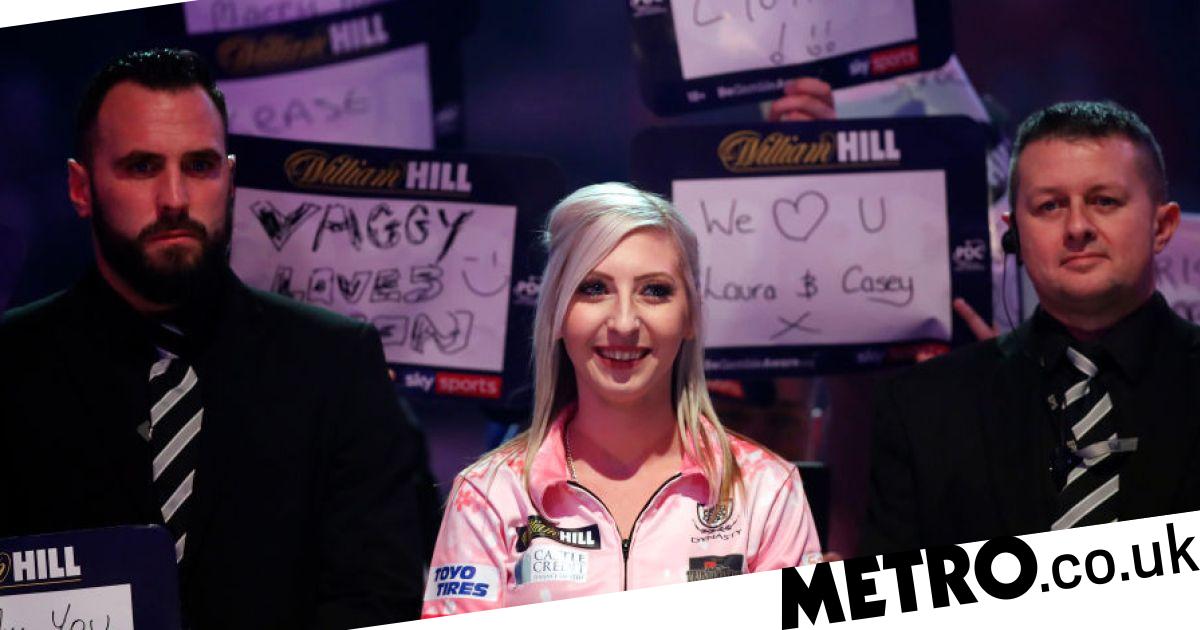 Fallon Sherrock has a lot of time for ‘really nice lad’ Chris Dobey but he is looking forward to ‘ending the fairy tale’ at the PDC World Darts Championship.

The two meet in the third round after Sherrock’s back-to-back, history-making upset victories over Ted Evetts and Mensur Suljovic and Dobey’s nail-biting win over Ron Meulenkamp.

The man known as Hollywood had been hoping for a clash with the ‘absolutely fantastic’ Sherrock and he has got his wish on Friday.

In one of the friendliest build-ups to a game imaginable, Fallon is looking to put on a show with someone she is a big fan of.

‘I think it was really respectful for him to sit there and praise me like that, so I’m hoping we can have a really good game.

‘I really like Chris so hopefully we can put on a really good performance for everyone.’

Before Sherrock took out Suljovic, Dobey made it clear he was keen for a battle with the new Queen of the Alexandra Palace.

Hollywood wants to add another string to his bow, and that is the ability to battle a hostile crowd that will inevitably be on Sherrock’s side.

‘I’ll definitely watch it and I’m not afraid to admit it, I’ll be backing Fallon every day of the week,’ said Chris.

‘I think she’s absolutely fantastic, I came here the other night, the atmosphere was brilliant.

‘For me, If I was to play Fallon it would give me something to test myself against and I think if I can go out there and beat Fallon with the crowd against us, it would give me a big lift that I could beat anybody on any stage against the crowd.

‘It’s something different, to test my game out. I would love Fallon to beat Mensur and show me where my game’s at and if I can go out there and handle the fans.’

World number 22 Dobey has plenty of kind words for his opponent, but he is also planning to be ruthless as he has serious intentions to lift the world title on New Year’s Day.

‘No disrespect to Fallon but I’m up there to provide for myself and my family,’ Dobey told the Sun.

‘I’ll be going up there to do a professional job and hopefully I can end the fairy tale.

‘No disrespect but you don’t want to get beaten by a woman. Fallon is fantastic, so I will have to be at the top of my game. You have to treat everyone equal.’

Sherrock and Dobey meet for a place in the last 16 of the PDC World Darts Championship in the afternoon session on Friday.

The bookmakers have Dobey as a clear favourite to win the match but that was also the case in Sherrock’s wins over Evetts and Suljovic.