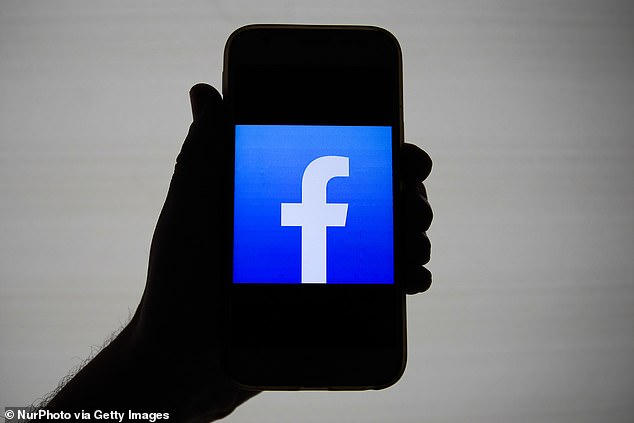 Facebook was the most downloaded smartphone app of the decade, according to a new report from research firm App Annie.

The social media giant owns four of the top five most downloaded apps, including Messenger, Whats App, and Instagram.

The fifth most downloaded app was Snapchat, which had reportedly turned down a $3billion acquisition offer from Facebook in 2013.

Facebook dominated the download charts for the decade, claiming the top spot on the charts while three of its subsidiaries filled out the top five

‘Communication and social media apps are consumer favorites, accounting for 7 of the top 10 apps by downloads this decade,’ App Annie’s Adithya Venkatraman writes in a blog announcing App Annie’s results.

App Annie also created a separate list to rank apps where that consumers spent the most money on, with Netflix accounting for the number one spot.

Surprisingly the second ranked app in terms of spending was Tinder, the only dating app present on any of the lists. 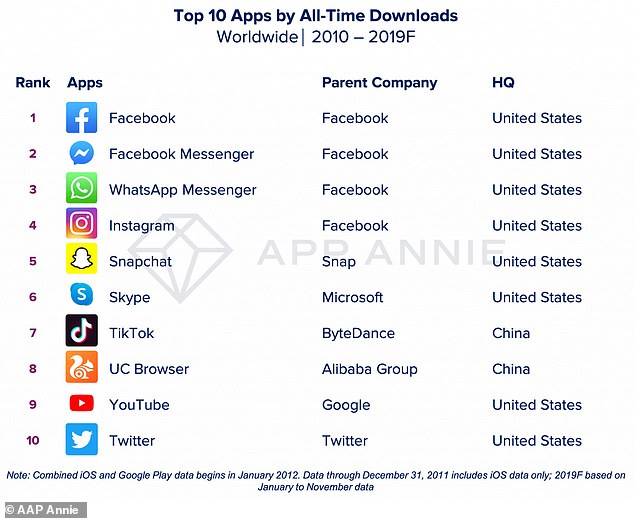 Snapchat was the only app in the top five that wasn’t own by Facebook, though Facebook did offer to buy them in 2013 for a reported $3billion 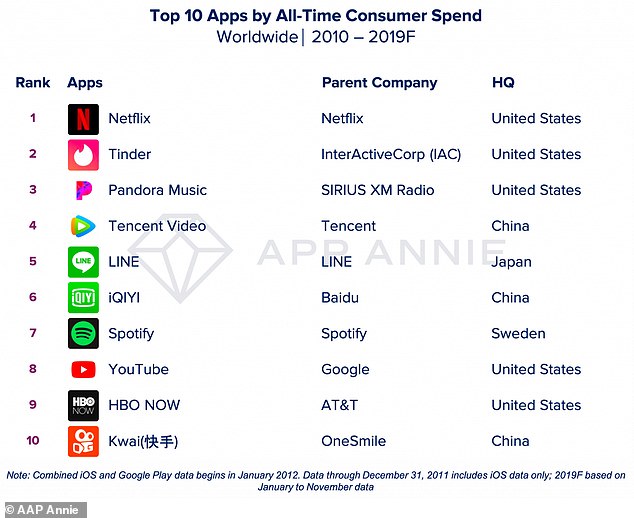 Netflix didn’t crack the top ten in terms of app downloads, but it led the pack when it came to consumer spending

Tinder sells premium tier-subscriptions to users that start at $9.99 a month.

With a subscription users gain the ability to undo previous swipes, see who’s swiped right on their profile, and get the option to ‘boost’ their own profiles in other people’s daily lists.

The company also offers a discounted rate of $2.99 for people in ‘developing’ countries. 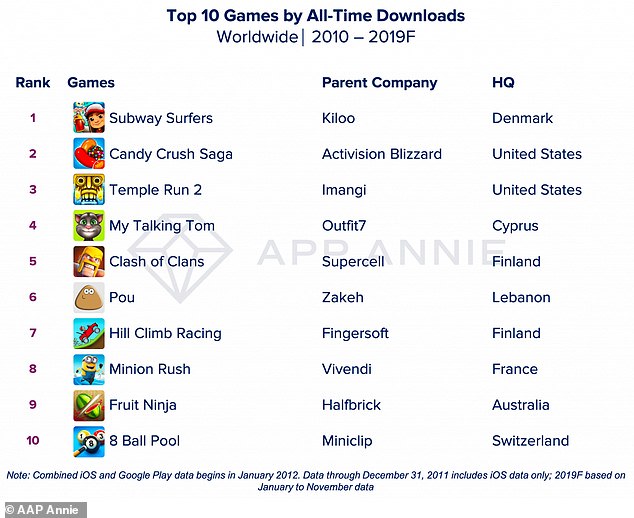 The unexpected success of Subway Surfers can be partially attributed to its popularity in India, where fifteen percent of the app’s downloads originated from 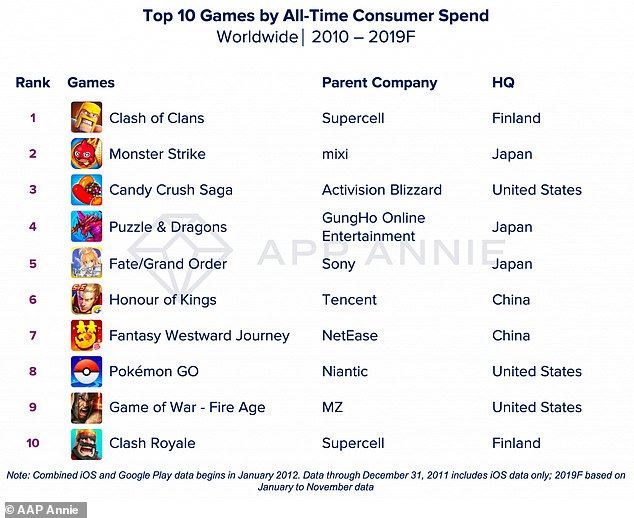 First released in 2012, Clash of Clans was the decade’s biggest game app in terms of consumer spending

While mobile games like Candy Crush and Pokemon Go have captured headlines, neither could match Subway Surfers, which claimed the spot of most downloaded game of the decade.

According to Venkatraman, much of the game’s unexpected success came from its popularity in India, where fifteen percent of its downloads came from.

The game consumers spent the most amount of money on was more predictably Clash of Clans, the consistently popular online strategy game that was first released in 2012.

Clash of Clans uses four separate types of currencies in-game to bottleneck user progress, each of which can be purchased using real world money.