Lewis Hamilton and Mercedes may have enjoyed a superb opening 12 races of the 2019 Formula 1 season but the reigning world champion is seeking improvements in the second half of the campaign.

With eight victories from 12 grands prix the Briton leads the 2019 F1 drivers’ standings with 250 points – 62 more than his Mercedes team-mate Valtteri Bottas.

In the constructors’ championship Mercedes are flying high at the top of the standings with 438 points following their tenth race win of the season in Hungary. Ferrari are 150 points behind with 288 while Red Bull are third with 244.

Quoted by Crash.net five-time world champion Hamilton said: “I truly believe this second half of the season could be much much harder for us in the sense that we’ll continue to have this battle.

“We’ve obviously got a package, we’ve just got to continue to arrive and deliver like we have.

“I can tell you we’re not perfect, by far, we’ve still got areas where we will continue to improve and I’m looking forward to that journey.”

Tickets have gone on sale for the 2020 F1 British Grand Prix at Silverstone.

This season’s British GP clashed with the Cricket World Cup final and Wimbledon men’s singles final, so race organisers have moved to avoid another scheduling conflict for next year.

The 2020 British GP date is provisional as F1 is yet to confirm next season’s race calendar. 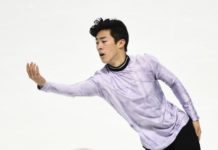