Ex-Formula 1 driver Rubens Barrichello has heaped praise on Lewis Hamilton by saying the current world champion’s talent is “even greater” than that of F1 legends Ayrton Senna and Michael Schumacher.

British driver Hamilton heads into the 2020 season aiming to equal Schumacher’s record of seven world titles and cement his place in F1 history.

Brazilian Barrichello, a countryman of Senna and a former team-mate of Schumacher, told ESPN Brasil: “Hamilton has a talent that is possibly even greater than that of Ayrton and Schumacher.

“The only thing he lacked was maturity. He has progressed on that, and today you see the final product.

“When I listened to the radio in Brazil, I noticed that he is incredibly calm, passing on information, saying what he does and doesn’t need.

“The perfect driver would have Ayrton’s skill, Schumacher’s courage and Hamilton’s coordination. It would be something to see!”

Wolff: Lewis is our priority

Hamilton is out of contract at the end of the season and there has been rumours the six-time world champion could switch to rivals Ferrari.

But this week it was also reported that Hamilton is set to commit to the Silver Arrows for a further two years.

When asked about Hamilton’s future, Wolff told reporters: “I think any sports team is not static. That means there is always going to be some change, and change is something that can also provide opportunity.

“So while I still very much hope that our relationship continues, I am not totally in control of that. There is no doubt that Lewis is a very strong pillar within the team.

“I think that the values we have are that morality and integrity is absolutely number one. And understanding Lewis’s position and objectives will be key for any decision that we take.”

The Mercedes team principal added: “We will not embark on a fishing mission with potential drivers out there before Lewis and I – Lewis and us – we will have that conversation.

“But I think as long as we are able to produce a quick car, and a powerful engine, we will always have the opportunity to decide who drives the car. And I think there will be no doubt that Lewis is our priority.” 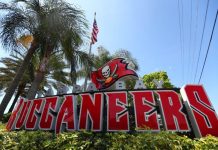 Buccaneers new uniforms a tribute to the past

Tottenham's stance on furlough U-turn after Liverpool backtrack on decision

‘It’s maths for dummies’: how wages debate is viewed inside the game 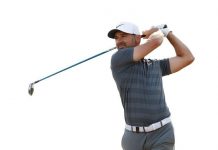