‘Extinct’ deer small enough to hold in one hand reappears in wild, giving hope for other endangered species 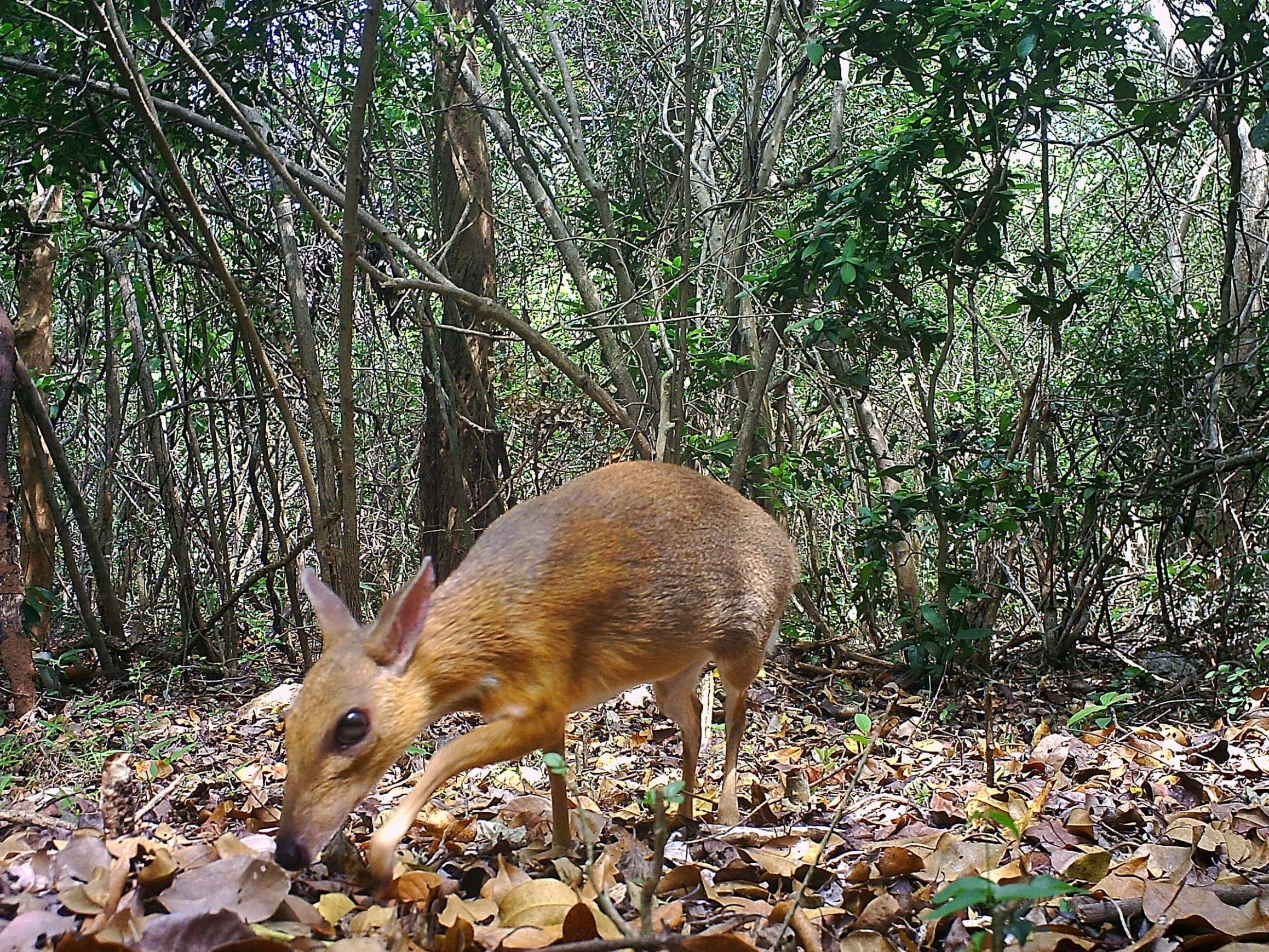 A species of miniature deer roughly the size of a cat, which was thought to have been hunted to extinction in the 1990s has been rediscovered in southeast Asia.

The silver-backed chevrotain is also known as the “mouse-deer” and is so small it could be held in one hand.

Records of the species’ existence go back to the stone age, when it was depicted in cave art being chased by hunters.

It has only been recorded once since 1907, with the last sighting in 1990 in Vietnam, and was believed to have gone extinct soon after.

It comes from the Annamite Mountains – a hotspot of diversity. But the species was prized by local hunters satisfying growing demand for bush meat, and who used small snares to catch the rare animals.

But a team of scientists have now definitely documented silver-backed chevrotains living in the wild.

The find offers a glimmer of hope for naturalists hoping to find other species believed to be extinct.

Co-study leader An Nguyen, a biologist at Global Wildlife Conservation (GWC) in Austin, Texas, said: “For those of us living in Vietnam and working in wildlife conservation, the question of whether the chevrotain was still out there and if so, where, has been nagging us for years.

“There was very little information available to point us in the right direction and we didn’t know what to expect.

“That we were able to find it with so few leads and in a relatively short period of time shows how a little bit of effort and willpower can go a long way in finding some of these special species lost to science.”

It is the first rediscovery of a mammal on the GWC’s 25 most wanted lost species list.

They then used this local knowledge to place more than 30 motion-activated camera traps in the forest.

In six months they recorded almost 300 independent detections of the animal.

The number of distinct individuals is unknown, the team say, writing in the journal Nature Ecology & Evolution.

Mr An said: “The results were amazing. I was overjoyed when we checked the camera traps and saw photographs of a chevrotain with silver flanks.

“With three camera traps left in the field for five months, we were able to get 275 photos of the species.

“The Silver-backed Chevrotain went from being lost for at least 30 years, to found really within a matter of months.”

The team then set up another 29 cameras in the same area, this time recording 1,881 photographs of the chevrotain over another five months.

Co-lead author Andrew Tilker, also of GWC, described the tiny ungulate as “about the size of a house cat.”

He said: “You could hold it in one hand. Because it is so small, it would under natural conditions have a number of predators, including any leopard, tiger or wild dog – or probably even a python.

“However, most of these species are now very rare or extinct in Vietnam. The silver-backed chevrotain’s only real predator now is man.”

The biologists, who are also doctoral students at the Leibniz Institute for Zoo and Wildlife Research in Berlin, tracked it down in the dry forests outside the coastal resort city of Nha Trang.

Mr Tilker said: “Now that we have confirmed it still occurs in the forests of Vietnam, we can begin to develop an evidence-based conservation strategy to help ensure the silver-backed chevrotain retains healthy, thriving natural populations.

“There was a certain urgency to all of this work due to the snaring crisis that is decimating wildlife populations across Southeast Asia.”

The silver-backed chevrotain is believed only to be found only in Vietnam, making the rare find one of cultural significance in the country.

Mr Tilker said: “It is worth safeguarding for future generations. But this is also a story that goes beyond a single country or a single species.

“It’s a story about how species that have fallen off the scientific radar should not be written off.

“When we come together to try to find these species, for example through Global Wildlife Conservation’s Search For Lost Species Initiative, we can be successful.

“And these successes can provide us with rare second-chances to protect global biodiversity.”

There is remarkably little information on the silver-backed chevrotain. The species was described in 1910 from four specimens from southern Vietnam.

Then more than 80 years went by until the next scientifically-verified record, in a different part of Vietnam.

“Indeed, it was only by working closely with local communities – first through interviews, later in the field – that we were able to obtain proof that it is still living.

“To me, this shows the value of utilising local ecological knowledge. I believe this is a strategy that could be important for other searches for lost species.”

This month the field team will begin camera trap surveys in two additional areas. They will run for at least three months.

Animals in this area of the world are often victims of an indiscriminate hunting technique – the use of cheap, homemade wire snares.

The level of hunting in the region has led to “empty forest syndrome” across Vietnam – pushing numerous species to the brink of extinction.