The Firefly Family is back in bloody business, which generally speaking, isn’t much good for anyone but the FIrefly Family, but today, it means we get to bring you an exclusive new poster for Rob Zombie‘s 3 From Hell. Zombie first introduced his twisted, serial-killing family unit in House of 100 Corpses before gunning them down at the end of The Devil’s Rejects. But as the first full trailer from 3 From Hell revealed, the primary trio — Baby Firefly (Sheri Moon Zombie), Otis Driftwood (Bill Moseley), and Captain Spaulding (Sid Haig) — were rushed to the hospital, where they made a “Satanic recovery” against impossible odds.

Here is the official logline 3 From Hell:

First there was House of 1000 Corpses.  Then there was The Devil’s Rejects. Now, from writer/director Rob Zombie comes the next blood-soaked chapter in the most violent crime saga in history… 3 From Hell

READ  Leonard Cohen and Marianne Ihlen: the love affair of a lifetime

Built on rock: the geology at the heart of Oscars sensation Parasite 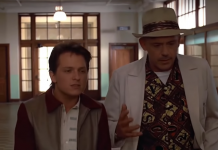 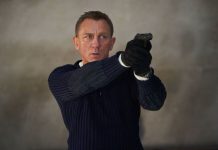 Chinese premiere of 'No Time To Die' axed over Coronavirus outbreak

Greed is … good? Why Hollywood can't make its mind up about billionaires

James Bond cast: Shocking reason THIS heartthrob was REJECTED for the part of Bond

Sonic the Hedgehog Sprints to First Place at the Box Office!

Steve Coogan says the super-rich ‘spin environmental issues’ for themselves