A DYING mum has told of how strangers thinks she deserves her lung cancer because she smoked.

Sophie Sabbage, 53, from Kent was diagnosed with the disease six years ago even though she had given up her 10-a-day habit 20 years before.

Writing about her experience of her ordeal in the Daily Mail, Sophie said many people she tells about her cancer will ask: “Did you smoke?”

She said: “The judgemental subtext was that if you play with fire, or rather cigarettes, you’ve got only yourself to blame.”

“I’ve had this question – or, more fittingly, accusation – levelled at me countless times.

“I’ve always thought it odd, especially when compared to how people approach other cancers.

“You don’t ask someone with liver cancer if they were a drinker, for instance, or assume colon cancer was caused by eating too many steaks.”

‘DO I DESERVE THE AGONY?’

A recent survey by the Global Lung Cancer Coalition revealed millions of people feel less sympathetic towards lung cancer patients than those with other cancers.

But Sophie said: “Do I deserve the agony of telling my nine-year-old daughter that her mummy has incurable cancer?”

It is unclear whether it was cigarettes that caused her disease.

About 6,000 non-smokers die from it every year in Britain.

Indeed her dad died last year of the disease aged 84 despite never smoking.

The first signs of the disease for Sophie was a sharp pain in her right shoulder, in October 2013, but cancer didn’t cross her mind.

She said: “I hadn’t smoked for 20 years, I was fit, and busy running an award-winning consultancy business and working for an educational charity.” 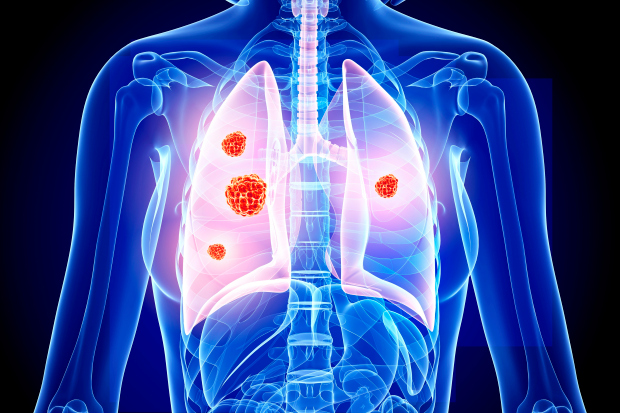 Primary lung cancer – which begins in the lungs, rather than spreading to them from another place – is the second most common type of cancer in Britain.

There are two types of lung cancer – 80 per cent of cases are non-small-cell, while small-cell lung cancer is a rarer type which spreads more quickly.

As with all cancers, knowing the early warning signs of lung cancer could save lives.

There are eight key symptoms you should be aware of:

Less common symptoms, usually associated with more advanced forms of the disease, include a hoarse voice, difficulty swallowing and pain and discomfort under the ribs, in the chest or shoulder.

According to Mick Peake, a professor of respiratory medicine at University College London Hospitals, stigma about causes of lung cancer have halted research into other potential triggers.

Will.i.am met by cops at airport as he accuses flight attendant of ‘racism’

Outrage as Syrian refugee with FOUR WIVES and 23 KIDS ‘claims £320,000 in benefits every year’

Paedo to be CASTRATED for raping & killing girl, 9, snatched from class

She said: “Ultimately, the explanation for my illness should make no difference to the way I am treated. I am just as worthy of respect.”

The mum of a nine-year-old daughter, Gabriella, was speaking in lung cancer awareness month in which the Roy Castle Lung Cancer Foundation calling for an end to the blame-game.

Sophie has written a best-selling book called The Cancer Whisperer.

Spike in cardiac arrests at peak of pandemic as fear of virus kept Londoners away from hospitals, doctors reveal