Oscar Isaac has signed on to play a superhero, but not in the way one might expect. Isaac is set to star in The Great Machine. The project is set up at Legendary Pictures and serves as an adaptation of Brian K. Vaughn’s award-winning comic book series Ex Machina. Isaac, in addition to starring in the lead role, is set to produce the movie alongside his manager and producing partner Jason Spire.

According to a new report, Oscar Isaac has closed a deal to star in The Great Machine. Isaac previously starred in the Oscar-winning sci-fi movie Ex Machina, which was directed by Alex Garland and released in 2015. With that being the case, Legendary Pictures decided to change the title to The Great Machine, which is the name of the superhero Isaac’s character was known as in the comics. Anna Waterhouse and Joe Shrapnel (Seberg) are set to pen the screenplay. Brian K. Vaughn, whose other credits include Y: The Last Man and Saga, is also on board to produce.

There is no word currently on who may be eyed to direct. Though, it sounds like the project is in the relatively early stages. Ex Machina tells the story of a civil engineer named Mitchell Hundred, who becomes America’s first superhero after a strange accident gives him the power to communicate with machines. In the aftermath of 9/11, Mitchell retires from crime fighting and becomes the mayor of New York City. The comics focus much more on politics than it does superhero antics. With that, we shouldn’t expect the typical superhero fare, as this will probably be a different take on the genre.

READ  Watch the stunning trailer for Netflix's 'The Dark Crystal: Age Of Resistance'

Ex Machina was published by the DC Comics imprint Wildstorm starting in 2004. The series ran for 50 issues and was met with a great deal of praise during its run. It went on to win an Eisner Award. This won’t be Oscar Isaac’s first foray into the comic book movie world. The 40-year-old actor also starred as the main villain in X-Men: Apocalypse. Over the last decade or so, Isaac has become one of the most in-demand stars in Hollywood. Some of his other credits include Inside Llewyn Davis, Annihilation, A Most Violent Year and as Poe Dameron Disney’s recent Star Wars trilogy.

Oscar Isaac was most recently seen reprising his role as Poe once more in Star Wars: The Rise of Skywalker. He also voiced Gomez in The Addams Family. This year he is also set to star in Denis Villeneuve’s high-profile adaptation of Dune, which hits theaters in December. Next up for Isaac will be The Card Counter, which comes from First Reformed director Paul Schrader. The Great Machine does not yet have a release date set. We’ll be sure to keep you posted as further details on the project are made available. This news comes to us via The Hollywood Reporter. 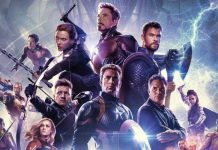 Every horror movie of 2020, definitively ranked (including 'The Invisible Man')

Portrait of a Lady on Fire streaming: Can you watch the FULL movie online? Is it legal?