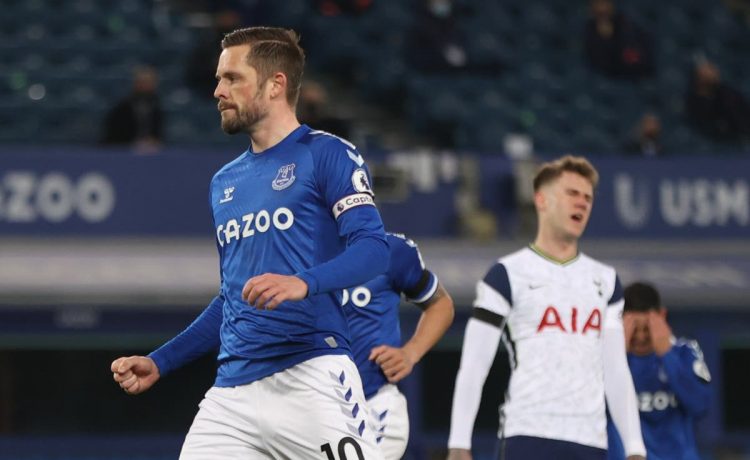 Tottenham Hotspur are visiting Everton this evening aiming to resurrect their faltering season. Jose Mourinho’s side still have the Carabao Cup final against Manchester City to look forward to but their Europa League campaign ended in ignominy in Zagreb and the top four is looking like a tall order. A win tonight against Everton is imperative in order to climb above Liverpool and close the gap to Chelsea and fourth-place West Ham.

Everton have their own European aspirations, and arguably are the more likely of the two clubs to achieve them, sitting only one point behind Spurs in the table with a game in hand to come against Aston Villa. Carlo Ancelotti’s side are without Dominic Calvert-Lewin through injury but have other key players returning from layoffs in time for the crucial run-in. A win here over Tottenham would give the Toffees a major boost ahead of the final weeks of the season.

Follow all the action from the match at Goodison Park below.

84 min: Major chance for Richarlison to win the game. James slides a through ball into the feet of Josh King. His shot is saved by Lloris, the ball then falls kindly to the on-rushing Richarlison, who blasts over with the goal at his mercy.

79 min: Kane and Sigurdsson now on for the hat trick, can one of them get the winner for their respective sides?

75 min: Chance for Tottenham, as Lamela runs into the heart of the Everton defence, but his shot from the edge of the area is speculative, and flies well over the bar. Better from Tottenham however.

Kane’s looping header almost floats into the top corner, but hits the outside of the post.

67 min: Another calamitous mistake from Everton lets Kane in, who once again makes no mistake, and smashes home the equaliser, this time with his right foot.

Again Michael Keane is involved, who tries to head away a clearance from Lamela’s cross, but heads it against Holgate. The ball ricochets into the path of Kane, who lashes home.

62 min: GOAL! Sigurdsson fires Everton in the lead from Coleman’s cross down the right-hand side.

The midfielder runs on to the ball, lets it run across him, and smashes it into the corner of the goal with his left foot. Brilliant technique from the former Tottenham player.