Since Farhad Moshiri bought Everton in 2016, he has recruited 14 players who each cost ­£20million or more.

It is a defining statistic of his ­regime, given the team finds itself at this stage of the season in the lowest position since 1997 and their ­manager sacked.

Put another way, Everton have their worst team of the 21st century, ­despite spending more money on it than at any time in their history.

That gets to the core of the ­problem during the billionaire ­financier’s reign at Goodison. Far too much money thrown away on too many bad players.

Look at the list of names. Yannick Bolasie for £30m. Davy Klaasen for £25m.

Neither is at Goodison this season, and between them they made 35 starts for the club. That is £1.57m a game. On two players.

Neither seemingly has a future at Everton. Of those 14 signings, only Jordan Pickford looks a real success, and even he has his critics.

Moshiri must take the blame, if only because he ­appointed two ­directors of football who made the ­decision on all those transfers.

Steve Walsh was a spectacular ­disaster, sanctioning over-priced moves for so many players now ­surplus to requirements, with only perhaps the £9m capture of Idrissa Gueye suggesting the eye for a deal he showed as a scout at Leicester .

And though Marcel Brands looks far more suited to the role, his ­signings also contributed to the axe falling on Marco Silva.

Paying £30m-plus for Alex Iwobi looked at panic buy in the summer, and looks even more suspect now.

Injuries to Andre Gomes and Jean Paul Gbamin have not helped, but where are the centre-half and centre-forward Everton – and Silva – so ­desperately need?

It is recruitment that lies at the heart of the problems. While many fans still suspect chairman Bill ­Kenwright pulls the strings, the truth is Moshiri makes his own decisions.

He pursued Silva ­vigorously through much of last year, despite Brands and ­Kenwright advising that the ­Portuguese coach’s record did not stand up to much scrutiny.

At Everton, his points per game was only fractionally better than with Hull, a club he got relegated.

Prior to Goodison, he collected 1.08 points a game at Watford before being sacked. Again, relegation form.

Hull under Silva conceded more goals from set-pieces than any other team in the Premier League.

His Watford were third worst, and since he arrived, Everton have the worst record in the top flight at ­defending set-pieces. At all three of his Premier League clubs, he has a negative goal ­difference – just 123 goals scored in 95 games, and 153 conceded.

So Moshiri’s instinct to ignore the advice around him has proved ­suspect. Not for the first time.

His first act as owner was to quickly sack Roberto Martinez, despite his decent record. He appointed and then swiftly sacked Ronald Koeman.

Perhaps worst of all was to appoint Sam Allardyce and alienate the ­fanbase. But even his points a game at Goodison was 1.42.

It is the disconnect ­between club and fans which is most glaring now, and it is not hard to see why.

Despite the money Moshiri poured in – ­almost £500million on transfers, the third highest total in the ­Premier League – supporters do not trust the ­decisions.

That explains the ­agonising over Silva’s ­future, when it was clear he should have gone weeks ago.

Moshiri’s problem now is he cannot afford to get ­another huge ­decision wrong yet the mistakes of the past – the shocking ­recruitment, the lack of direction – has put off the best candidates to replace Silva.

If his regime has been an experiment, then it is has failed.

Now Moshiri needs to clear out the ­laboratory and ­introduce a more ­forensic approach to his decision making.

Quiz: Can you name the top assisting goalkeepers in the Premier League? 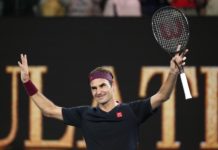 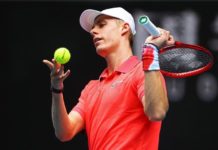 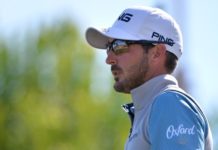