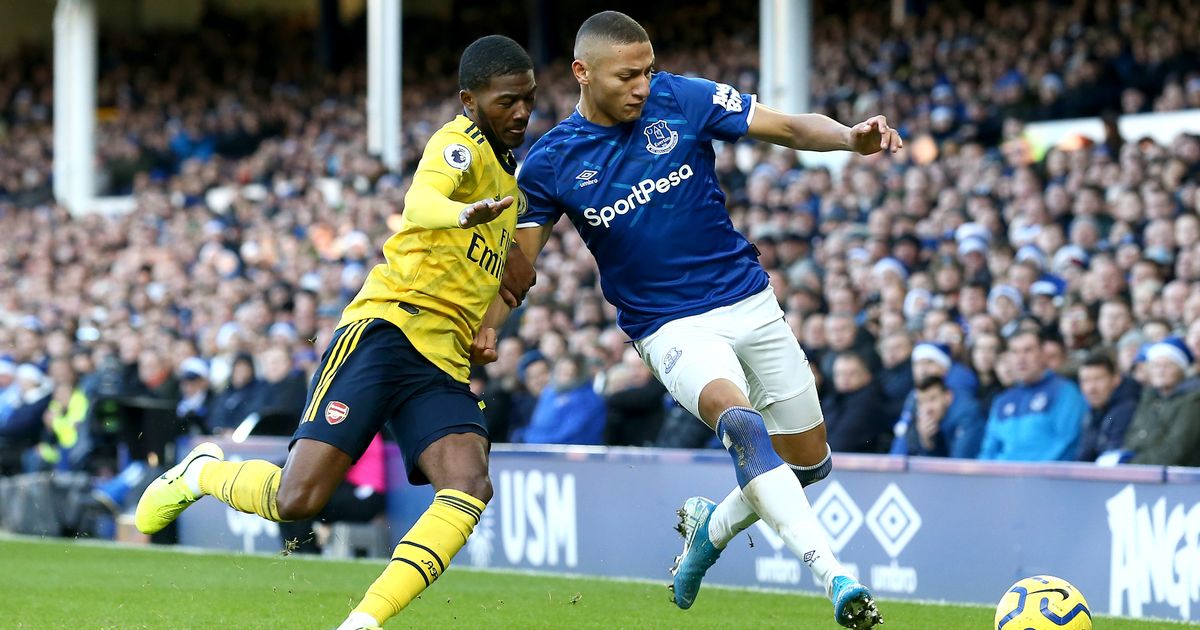 Everton forward Richarlison is reportedly on a list of five attacking targets in Manchester United’s sights as the January transfer window looms.

United struggled for goals earlier in the season and have made a new striker a priority in January – although Marcus Rashford, Anthony Martial and Mason Greenwood have shown much promise recently as results have improved.

Nevertheless, United are widely expected to pursue a deal for Red Bull Salzburg hotshot Erling Haaland , while Richarlison and Lyon striker Moussa Demebele are also on the shortlist.

Richarlison can play across the front line, and is on United’s shortlist of five as they look for attacking reinforcements, according to the Standard .

United’s interest in the 22-year-old Brazilian was alluded to by Marco Silva before he was sacked as Everton boss early this month.

Richarlison has scored six Premier League goals for Everton so far this season and is contracted to the club until 2024 – meaning United would have to splash out to take him to Old Trafford.

Another player United are targeting is Leicester ‘s James Maddison, although they may have to wait until the summer to sign the attacking midfielder as Leicester will be unwilling to sell him while they aim to seal a top-four spot.

Meanwhile, United are reportedly open to selling Paul Pogba in a part-exchange deal with Real Madrid .

The French midfielder has made no secret of his desire for a fresh challenge away from Old Trafford, with Madrid the leading candidates for his signature.

Los Blancos boss Zinedine Zidane is keen on linking up with his fellow countryman, while Pogba’s agent Mino Raiola has been working behind the scenes to try and construct a transfer.

United aren’t keen on selling their star man, but could be tempted to part ways with Pogba , if they can get Madrid’s Vinicius Jr in return.