Evan Rachel Wood Has NSFW Reaction to Cats: It's Maybe the Worst Thing I've Ever Seen 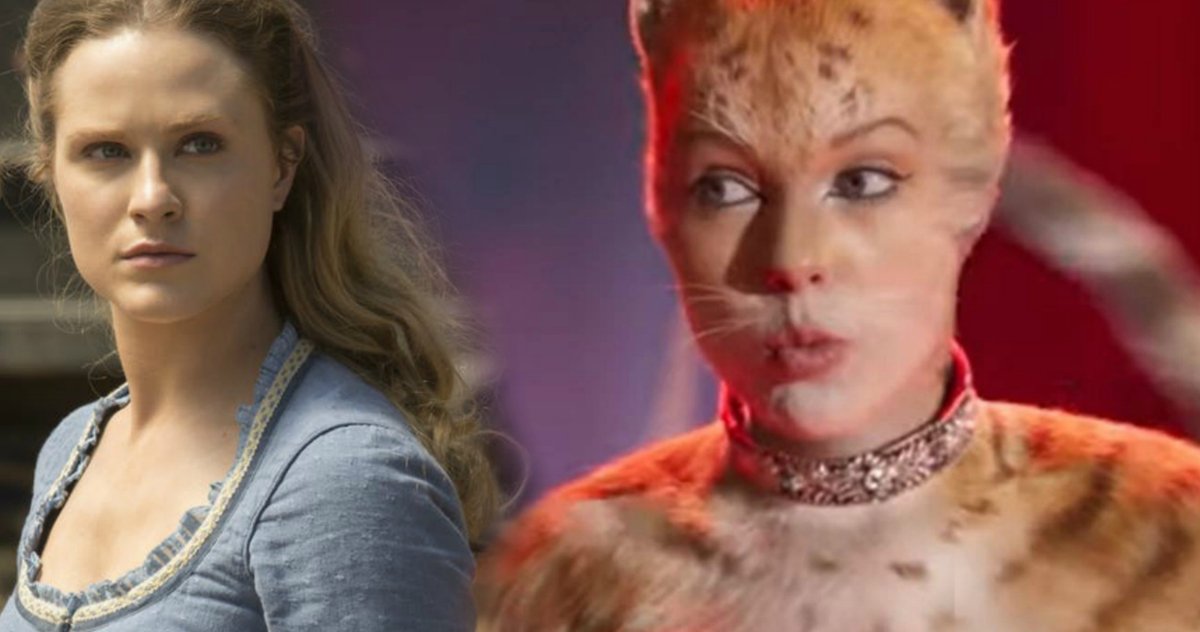 Evan Rachel Wood saw Cats and she didn’t like it at all. The Frozen 2 voice actress revealed her thoughts on the controversial movie through social media in a video, which has since been deleted. The big screen adaptation of the hit Broadway Musical was originally met with anticipation and excitement when the it was initially announced.

The all-star cast, along with slam dunk source material made it a no-brainer. However, that all changed drastically when the first Cats trailer arrived over the summer.

Once potential viewers got a chance to see what Tom Hooper dreamed up, without the use of hallucinogenic drugs, they were either scared or amused at how weird the characters looked as cats. Evan Rachel Wood wanted to document her feelings on Cats after she watched it and just kept repeating, and sometimes even screaming, “what the f*ck?!” over and over. She obviously could not believe what she had just seen and felt the need to share it with the world. Her reaction, unfortunately, is not uncommon.

In a response to Evan Rachel Wood’s social media review of Cats, others chimed in, with one viewer stating, “I felt like I was on acid watching it. So utterly bizarre.” Wood responded by saying, “Totally! Like my life is not in danger, but I feel like I’m going to die.” The actress also retweeted another reaction to the movie which was a bit more scathing. “It’s an insult to mainstream audiences and it’s an insult to the OG Cats musical fans. Who is this movie FOR?” asked another person. Again, this is not an uncommon reaction to Cats.

Evan Rachel Wood also released a traditional post, which has also since been deleted, that went further into her thoughts about Cats. As it turns out, she went in with pretty low expectations, only to find that she was still let down when the lights came up. Wood had this to say when revealing her final thoughts on the movie.

“Cats is actually worse than I thought it would be, And I already thought it would be horrible. But… I am actually speechless. Why would you change the choreography? I… am SPEECHLESS. It’s not the cast’s fault. It’s… maybe the worst thing I have ever seen. Ever.”

Tom Hooper really doesn’t see what all the fuss is about when it comes to Cats. He admitted to thinking the backlash was humorous at first, though he has probably changed his tune by now. While the initial backlash was over the overall look of the movie, the criticism has reached far beyond that now into a whole other realm. Cats is already a flop at the box office and it will go down in history as one of the worst-reviewed big Hollywood movies in history. You can check out Evan Rachel Wood’s Twitter account for retweets about Cats.

We are all @evanrachelwood after seeing #Catspic.twitter.com/DWWRDrsHDr