Tea for two! Emma Roberts and her fiance Evan Peters dress in winter jackets to pick up iced tea in Manhattan

The actors, who have been on and off since 2012, were on an iced tea run together.

They were both dressed casually for the outing in winter jackets. But there was no sign of a PDA. 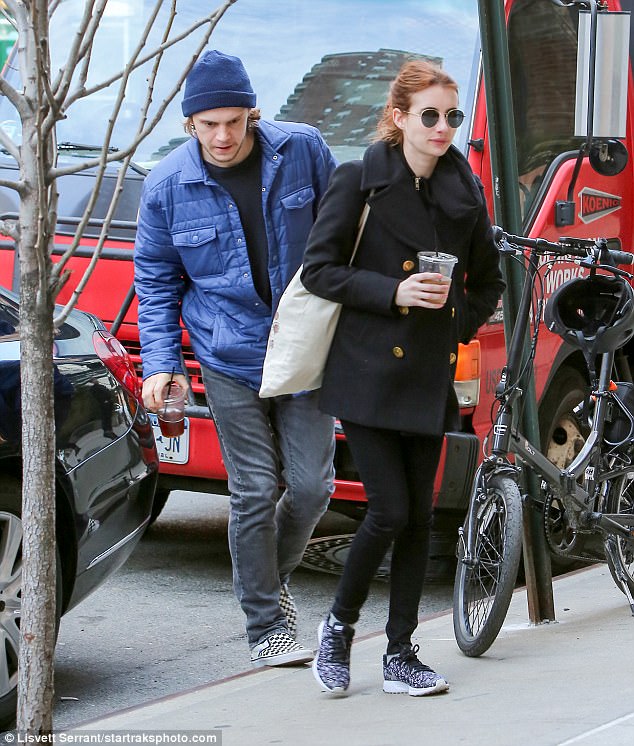 Quick like Quicksilver: With iced teas in hand, Evan Peters, with fiance Emma Roberts in tow, made a mad dash across a Manhattan block on Monday morning

Evan had on a blue ski cap and matching parka with a pair of checkered Vans.

Emma, a vision in black with her reddish hair pulled back, wore a pea coat, leggings and shades by Steven Alan Optical, plus purplish sneakers.

Evan and Emma began dating in 2012, when they worked on the film Adult World together. In March 2013, they revealed that they had gotten engaged. 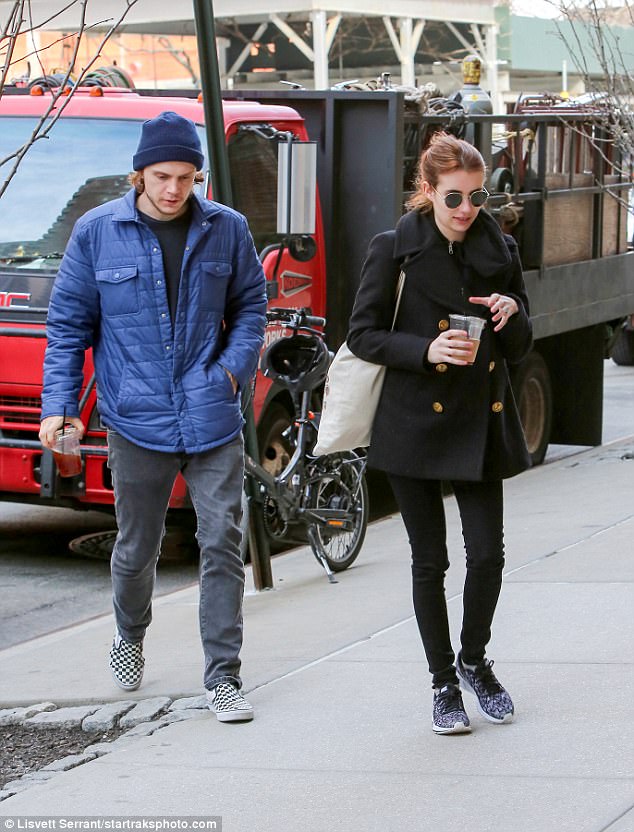 Originally from St. Louis, Evan, 30, is best known for his memorable, scene-stealing turn as the fleet-footed Mutant called Quicksilver, first seen in the 2014 hit feature film X-Men: Days of Future Past.

Meanwhile, Emma has been a blur herself, working steadily on feature films while also appearing on the reality series Scream Queens.

The 26-year-old New York native is the daughter of actor Eric Roberts and the niece of actress Julia Roberts.

On the go: The young Scream Queens star seemed determined as she clasped her cup

And there seems to be no sign of either of these two young actors slowing down.

Emma, who famously played the teen detective Nancy Drew in a 2007 movie, has several new films due within the next year, including Billionaire Boys Club with Kevin Spacey, and Who We Are Now, opposite Jimmy Smits and Zachary Quinto.

Evan, who last summer revisited his signature superhero role in X-Men: Apocalypse, next stars opposite Al Pacino in Dabka, about Canadian journalist Jay Bahadur, who in 2008 embedded himself among Somalian pirates. 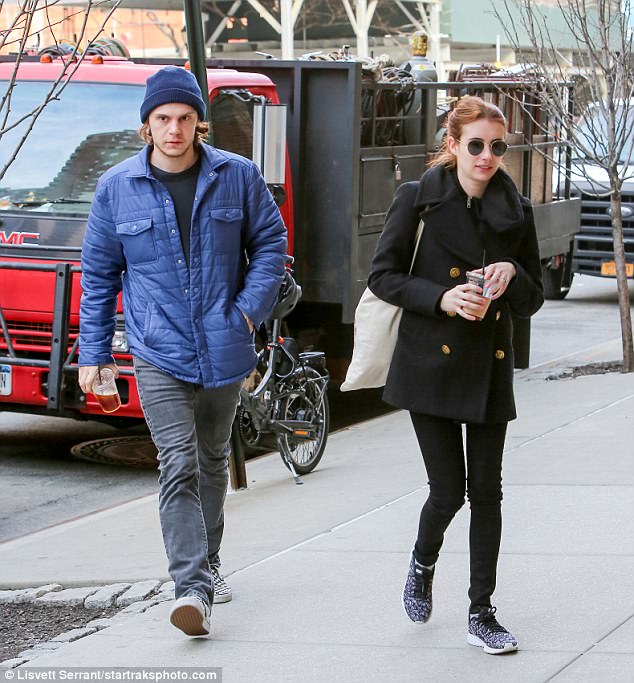 Time in a bottle: Evan began dating Emma in 2012 after they had worked together on the film Adult World. In March 2013, they revealed that they had gotten engaged