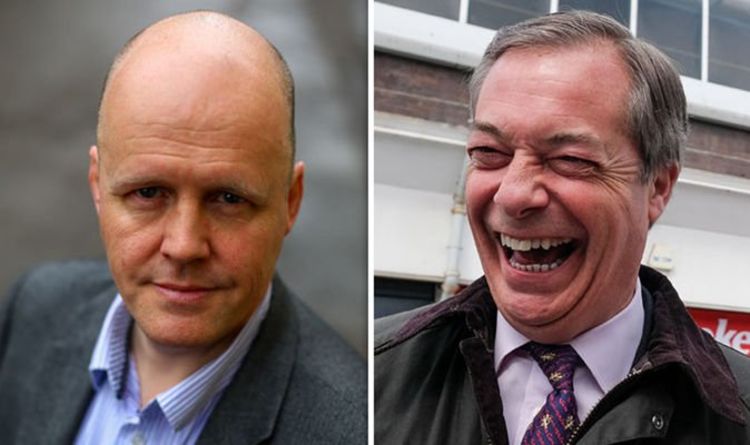 Ashley Fox was speaking as polls suggested the Brexit Party, founded by Mr Farage in January, was surging ahead on the vote on May 23, with some activists privately concerned the Tories could even poll less than ten percent. And he stressed his determination to do everything possible to maximise turnout and ensure a respectable showing for the Tories – while explaining most of the campaigning would be done via social media. Mr Fox told Express.co.uk: “These elections are important, not least because for example the Liberal Democrats, Change UK and the Greens all want to reverse the result.

“A vote for the Conservatives says you want to honour the result and that you understand it has to be done in the right way, in a democratic manner.”

Mr Fox was scathing about fellow MEP Mr Farage in the wake of opinion polls suggesting the Brexit Party was in first place in terms of the voting intentions for the European elections.

He added: “Mr Farage has no MPs to answer to, he just shouts from the sidelines.

As for the possible threat to Tory support, Mr Fox said: “When I look at these polls, these are very volatile times.

“His party has only existed for a couple of month so who knows how his support will hold up?”

Mr Fox, who backed Remain three years ago, also accused Labour Party MPs of “hypocrisy” in refusing to back Prime Minister Theresa May’s Brexit deal despite leader Jeremy Corbyn having agreed to respect the result of the 2016 referendum.

He added: “I would prefer it if we had left already and that these elections did not have to be fought.

“However, we do have to remain a little bit longer – politics is a messy business sometimes.”

Stressing the shortness of the election campaign, he added: “The most effective way of communicating our message is via the media, especially social media.

“I’m anticipating a poor turnout and in that respect, it’s more like local elections.

“I’m sure there will be some door-to-door canvassing but most canvassing will probably be done via telephone.

“It’s about getting the vote out really.”

Mr Fox stressed his recent experience of canvassing for the local elections had convinced him there would be little actual hostility on the doorstep in any case.

He said: “Perhaps one person in ten raised the issue of Brexit.

“Most people I doorstepped were perfectly reasonable.”