HBO’s Euphoria redefined the edgy teen drama with its takes on drug addiction, mental health, and identity for this generation. To close out the season, we are recapping the major storylines in Euphoria.

Rue came home from rehab without any intention of staying sober. But after meeting, befriending, and falling for new girl, Jules, Rue decided to finally try. However, the underlying issues and conditions – bipolar disorder and the trauma of her father’s death – must also be dealt with. Rue hoped that her feelings for Jules were enough to sustain her sobriety. But when Rue chose to stay in town for her family while Jules wanted to run off to Los Angeles, it all came crashing down.

Nate knew of his father, Cal, and his sexual proclivities. Cal secretly met with people from Grindr and kept recordings of their sessions. One of those was with Jules, who had lied about her age. Nate went onto Grindr himself to catfish Jules as “Tyler”,

When Nate choked Maddy for her actions at the carnival, the marks on her neck got him into serious trouble. To clear his name, Nate blackmailed the real Tyler into confessing and claiming responsibility for choking Maddy. To corroborate the fake story, Nate blackmailed Jules into coming forward as a witness.

In the finale, Maddy had taken the DVD of Cal and Jules from Nate and watched it.

The new guy, Ethan, liked her, but a misunderstanding left Kat hurt and angry with him. She sought out random guys to have sex with, and when Ethan told her he wanted her, she hurt him by leaving. At the winter formal, Kat apologized and told him that she had feelings for him.

If you’ve missed a recap or want to revisit the first season of Euphoria, check out our full list of recaps below. 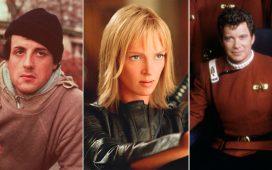 Jurassic World: Dominion ‘won’t be the end of the franchise’